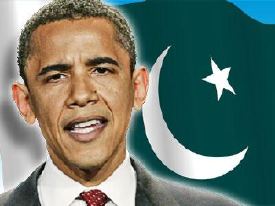 To link the USA’s current foreign policy to puberty can appear somewhat stretched....but there was a hint of youthful delight, an enchantment with everything American...
U.S. President Barack Obama, too, has denounced Tehran's "violent and unjust" actions, albeit cautiously. Any perception that the U.S. is fanning the crisis would give Khamenei cover for a harsher crackdown.
Flexible, moderate and multilateralism emphasizing “soft power” diplomacy does not exclude the usage of forceful and unilateral means to solve problems. It is also impossible for the Obama administration to exclude those means.
What was the biggest outcome of the Korea-U.S. summit between President Lee Myung-bak and President Barack Obama?

What can Naryshkin possibly do to change the United States' negative views of Russia?
For many, and seemingly for the Obama team, immigration reform has become the civil rights issue for the 21st century.

Political analysts described U.S. President Barack Obama’s visit to the Middle East and his speech at Cairo University as historic, changing the opinion and the electoral mood in the region, especially as his visit coincided with the upcoming elections in Lebanon and Iran. When resistance forces were defeated in [Read more]
« 1 … 9 10 11 12 13 … 52 »