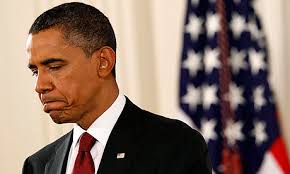 The result of the United States legislative elections has confirmed the forecasts: The Republican Party gained absolute control of the House of Representatives while the Democrats maintain the majority in the Senate. President Barack Obama has suffered a serious setback that does not differ, except in degree, from the situation that predecessors such as Clinton or Reagan faced; it is in the tradition of the United States that the midterm elections are the occasion for citizens to express their unease.

But the case of Obama calls to attention the quickness with which his political debilitation has been produced. Without a doubt, he has been the victim of a terrible economic crisis initiated before his arrival to the White House. To this is added a style of government in which some of the reforms undertaken, indispensable to confronting the crisis and avoiding possible future relapses, have been interpreted by large sectors of the citizens as indifference toward their most immediate problems, including unemployment — at nearly 10 percent — which occupies the first place. The embattled president seems to have taken note of these weaknesses and the frustration of his compatriots, judging by his appearance yesterday. Obama recognizes that he lacks efficacy in the fight against unemployment, and he is willing to listen to new ideas and search for common ground with the Republicans; this is also true for his controversial health care reform.

A new factor that has contributed to the presidential blackout has been the tea party phenomenon, configured from the Republican defeat in the elections of 2008 and articulated around a figure from the margins, Sarah Palin. Beyond the victory of this movement in some constituencies, its growing relevance lies in its demonstrated capacity to radicalize the political agenda, relying on communications media. From the eruption of the tea party, Obama has seen himself forced to abandon his initial attempts in order to adopt bipartisan initiatives. The Republican Party, for its part, has resigned itself to following the path of the ultraconservatives.

Due to the result of this November Tuesday, with the House of Representatives under absolute opposition control, one can foresee a legislative paralysis that could mark the end of Obama’s reformist period. He fails to see their effects on foreign policy, although the prospects are not encouraging. The strategies adopted by the White House in the thorniest matters inherited from Bush are difficult to develop without an internal consensus. The pragmatism recovered by Barack Obama could give way to a highly ideological foreign policy.

The president of the U.S. has time to react and aspire to the possibility of reelection in two years. What is not certain, on the other hand, is whether there is a sufficient political margin.