In the strategic game of silkworms swallowing the red bean cake of Libya, France, bombing Libya so energetically that it once ran out of bombs, is not necessarily the winner. It’s possible that the low-profile U.S. is the final winner in this military operation. Gadhafi’s legal government didn’t fall and Gadhafi [Read more]
No U.S. president ever dared to refer publicly to the borders of June 4, 1967 to establish a Palestinian state, as Obama did in his recent speech delivered to the Middle East last week. Former president Clinton had guaranteed these borders within the Camp David II negotiations, but did not announce them. [Read more]
Obama’s declaration yesterday trivialized the importance of developing countries in the decline of the United States’ and Europe’s influence in the world.
It didn't last long. A handful of days after the execution in Pakistan of Osama bin Laden by American Special Forces (a triumph for Obama’s government), some returned to stressing the middle name of the American president. He is a "Hussein"; at his core he is not very pro-American; he is anti-Israel and much more [Read more] 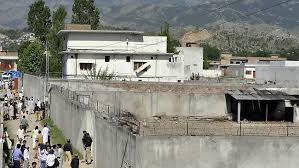 The US inspection of Osama bin Laden’s last abode in Abbottabad has yet again raised the question our policymakers have avoided taking a position on: do criminals and terrorists operate from our soil?
Two years ago, President Barack Obama came to Cairo University to speak of a new beginning, of a time when the grievances accumulated through the pro- Israeli policies of George W Bush would be rectified. Two years on, little has happened.
It is neocolonialism in the Arab word that has created the conditions that precipitated the mass demonstrations. It brings "security", but for dictators facilitating the neocolonialist mission at the expense of citizens, who find little security. Mubarak was the quintessential leader-servant of colonialist Israel and the neocolonialist US.
For the United States and its NATO allies, the killing of 52 Afghan civilians, at least 12 of them young children and two women, Saturday night in another airstrike is merely another statistic in the “war on terror.”
« 1 … 3 4 5 6 7 … 100 »