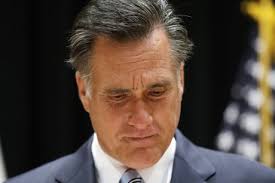 One can be 'politically incorrect' without being electorally clumsy. Mitt Romney hasn’t succeeded well so far.
The outrage and furore caused throughout the Islamic world over the anti-Islam film produced by an American citizen of Egyptian origin was a hotly debated subject in the 67th UN General Assembly Session, signifying a widening gulf between the Western and Muslim leaders in their perceptions about the episode and its likely impact on interfaith harmony.
« 1 2 3 4 5 6 … 74 »