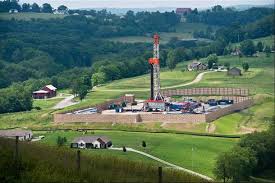 The new energy source makes some branches of industry competitively viable again. It is, however, not a panacea for the economic paralysis of the West.

In windswept towns in North Dakota, manicurists sometimes earn $5,000 a month. On a railway line in sweltering west Texas, endless freight trains roar past; a few years ago some wanted to sell the rails as scrap metal for lack of traffic. And in the air-conditioned offices of the Washington think tanks, intelligentsia fantasize that the U.S. can finally free itself from dependence on Arab oil.

The shale gas boom in the U.S. is yielding all kinds of strange effects. But aside from the gold rush atmosphere, it is bringing many good things. The cheap gas is pushing electricity costs so low that industry is regaining its lost competitive viability. Car factories are re-opening; steel factories are kindling furnaces; electronics firms are coming back from eastern Asia.

This boom is generating three hopes in the U.S. as well as Europe: first, independence from despotic oil nations; second, a recovery that will awaken the comatose national economies of the West; third, a gain in prosperity for the citizens, thanks to rising real wages and new jobs.

These are justifiable expectations. They are not realistic. Thanks to shale gas or windmills or solar energy, strategists in Washington simulations and Austrian Minister of the Environment Nikolaus Berlakovich in his office on the Stubenring may dream of “energy self-sufficiency.” Reality looks different. The U.S. bought more Saudi Arabian oil in 2012 than ever before, said the Saudi Arabian minister of petroleum and mineral Resources, Ali al-Naimi, Tuesday in a lecture at the Washington Center for Strategic and International Studies. With relish, he dismissed the fantasies about the end of U.S. dependence on Middle East oil as “naïve” and rather “simplistic.”

He has to say that. If no one buys Saudi oil, the lights will go out in the palaces of the autocratic family. But the minister was right in one observation: “Talk of energy independence fails to recognize the interconnected nature of the global energy markets.” That is true not only for fossil fuels, but also for electricity: When the wind is really blowing in the windmills in northern Germany, France’s high-voltage power lines glow. If less water is rushing through Austria’s hydro-electric plants in the winter, we shop for calorific power from our neighbors (and not an insignificant amount of “nuclear power”).

The second hope tied to shale gas is just as unsound. Industry in the U.S. is only experiencing a real recovery in branches with a high expenditure of energy — for example, petrochemicals. Not many jobs are created in these highly automated fields. In the joyful announcements about new jobs in the car industry, the fact is again concealed that these jobs pay less than the old jobs. New skilled workers for Ford, GM and Chrysler often only earn $14 an hour (10.70 euros); their more senior colleagues earn up to $28 and more. Naturally, it is better to have a poor-paying job than no job. Whether one can eagerly shop, build a house and save for the college education of one’s children on such wages is questionable.

This brings us to the third hope that shale gas generates: If the economy is doing well, then the people will be doing well. That is not just a pious calendar motto, but instead, the first commandment of U.S. economic policy. Consumer spending amounts to two-thirds of economic output. Yet what money are Americans going to spend? The U.S. Department of Labor recently announced that the median income adjusted for inflation had risen a lean 1 percent since 2000. All lower incomes have in reality even dropped.

No matter how you look at it, shale gas is making some people very rich, is bringing individual industries back to the U.S. and is creating not-an-insignificant number of jobs. It is not a panacea for the economic paralysis of the West.