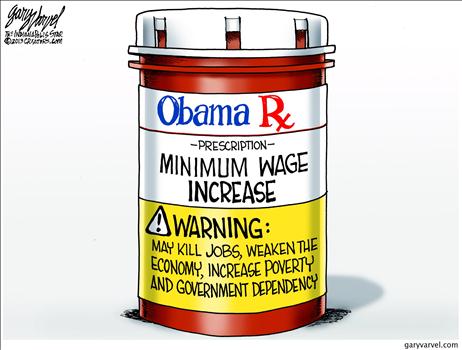 In the fifth year of the Obama era, the U.S. is becoming increasingly liberal, tolerant and permissive. But economic inequality is growing. That is no contradiction: It reflects the balance of power and the mood of the elite. The proverbial one percent remains laid-back in the cultural war, whereas the left wing would like to take to the streets. In economic policy, one defends one’s own interests: with election contributions, lobbyists and, if need be, the use of police.

Unthinkable just a few years ago: The commissioner of the American ice hockey league, Gary Bettman, announced recently that the tough men with curved sticks support the “LGBT Community” (Lesbian, Gay, Bisexual, Transgender). Hockey is for inclusion “on the ice, in our locker rooms and in the stands.” The football league — the NFL — and the basketball league — the NBA — also emphasize that gay players are welcome.

The majority of Americans favor the recognition of same-sex marriages. Previously, Republicans won elections with Sodom and Gomorrah alarm calls. Intimidated Democrats kept their mouths shut. Clinton signed the Defense of Marriage Act in 1996, which was directed against same-sex partnerships.

The topic of immigration is also on the move. Mitt Romney recommended “self-deportation” of the “illegals.” But this year Congress will open the path to legalization for millions of people without papers.

And then there is the Republican problem with women: One can no longer win a national election with a 1950s family model and demands to ban abortion. The gun law debates are also notable. Seen from the German point of view, the planned reforms were tame. Yet it was the first time in twenty years that restrictions were even discussed.

Getting Its Act Together in the Culture War

The chairman of the Republican National Committee, Reince Priebus, warned a short time ago in a 100-page analysis of the election loss that the party is “marginalizing itself” if it cannot get its act together in the culture war. In five of the last six presidential elections, the Democrats got more votes. The Republicans are “out of touch.”

This is true even in the debate about drugs. In several cities and states, proponents of the legalization of marijuana are winning. A survey by the Pew Research Center showed that 52 percent of Americans and two-thirds of young Americans would like to legalize marijuana. Barack Obama — who, according to the account by his biographer David Maraniss, consumed heavily to the sounds of Aerosmith, Blue Öyster Cult and Stevie Wonder during high school — has remained largely on the sidelines.

Apart from that, the cool president with the cool family, the first black man in the White House, is considered a symbolic figure of societal change — on one hand. On the other hand, Obama is also the first Democratic president who wants to cut government-run Social Security. Social Security, implemented in 1935, was considered until now to be the untouchable crown jewel in the New Deal reforms of Democratic President Franklin D. Roosevelt. In his draft budget for 2014, Obama recommended cuts to Social Security.

Obama’s budget plan is based on the concept of austerity light: Raise the taxes on the richest a little, add budgetary measures and savings in social areas. If Obama stands for the working class, then he does so just a little bit. Obama would like to raise the minimum wage step by step to nine dollars by 2015. “Let’s declare that in the wealthiest nation on earth, no one who works full time should have to live in poverty,” said Obama. Sounds good. But even with $9 an hour, a full-time worker in a family of four would still be living a few thousand dollars under the official poverty level — an annual income of $23,550.

The President Is Oriented toward the Top Earners

According to surveys, around three-quarters of Americans are against the Social Security cuts. However, Obama is orienting himself more toward the top earners. Political scientist Lee Drutman of the Sunlight Foundation recently analyzed the election contribution reports: Approximately one-quarter of the campaign contributors — 26,783 people — numbered among the richest 0.1 percent; they were mainly investors, lobbyists, lawyers and business leaders from New York, Los Angeles, Washington and Chicago.

Any candidate wanting to get some of the windfall displays corresponding sympathies for the contributors. An analysis by political scientists Benjamin Page, Larry Bartels and Jason Seawright titled “Democracy and the Policy Preferences of Wealthy Americans” summarizes: Wealthy Americans are distinctly more conservative on economic questions than the rest of the population.

On social questions the rich are more tolerant — even if a few billionaires sponsored the Republican presidential candidate in 2012. The social conservatives received a powerful warning: Socio-politically, the U.S. stands with both feet in the 21st century, although the country is big enough for remaining conservative strongholds, primarily in the South and in rural areas.

It fits that New York Mayor Michael Bloomberg, one of the richest people in the U.S., advocates same-sex marriage, stricter gun control and the right to abortion — and at the same time had an Occupy camp broken up in the middle of the night. The government cracks down drastically if it sees the system threatened. The fact that Obama promotes homeland security, the secret services and military power is in keeping with this concept.