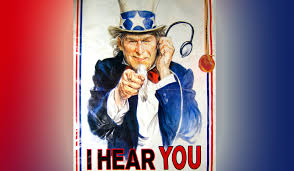 Snowden’s material proves the National Security Agency (NSA) is engaging in economic espionage and spying on politicians. Only the German federal government proceeds on the assumption that it is solely about fighting terror.

In December 2012 and January 2013 alone, the NSA recorded 70 million French telephone conversations. All by terrorists? Of course not. The newspaper Le Monde writes that the documents contain clear indications that Frenchmen who could be of interest to the U.S. due to their work in economics and politics, and that public authorities were targeted for monitoring.

The heads of state of Mexico and Brazil had also been spied on for years. Reporter Glenn Greenwald had already said this on Brazilian television; now Spiegel magazine puts another coal on the fire with details. Thus “diplomatic, economic and leadership communications” of the Mexican cabinet were intercepted. In addition, the NSA evaluated around 85,000 text messages between Mexican President Peña Nieto and his intimates in the summer of 2012.

The reports could not be any clearer: The NSA is engaging in political and economic espionage on a grand scale. And yet its director, Keith Alexander, again and again appears publicly and gives statements like, “Our job is to defend this country, our civil rights privacy. It’s a noble mission.”*

Alexander says such things to pacify Americans because the NSA is also monitoring domestic communication. But the NSA director and Director of National Intelligence James Clapper are even lying to their countrymen, most recently about the number of attacks that could be thwarted thanks to the NSA. They don’t say a word about economic espionage or the tracking of friendly governments.

That has no consequences for them. Alexander may step down in the coming year, but he might in all honesty be dismissed. Clapper is not held in contempt in spite of his proven lies to the U.S. Congress and remains in office. Some congressional representatives might protest, but up to now the Obama administration has had no problem with their top intelligence official’s complicated relationship with the truth.

The French government has summoned the U.S. ambassador. Brazilian President Rousseff canceled a trip to the United States in protest of the surveillance of her country. Mexico vociferously denounced the NSA’s activities as “illegal.”

And what does the German federal government do? They allow themselves to be assured in writing that the NSA is adhering to law and justice in this country — and believe it. They allow the spies to negotiate a treaty among themselves that will allegedly end American surveillance in Germany and believe this is the proper way to protect themselves.

That is no longer only being naive; that is wearing blinders. The German federal government wants to believe the liars and not see the truth.

*Editor's Note: This quotation, accurately translated, could not be verified.