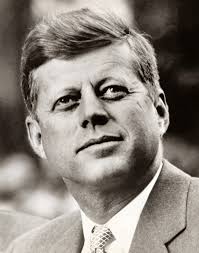 It will be up to the next president of the United States to make the contents of the very confidential files on JFK's assassination public or not.

The historians are getting ready, the researchers are feverish, the followers of conspiracy theories are especially thrilled with anticipation. We have just learned that in October 2017, most of the contents of the investigation launched after the murder of John Fitzgerald Kennedy could be made public.

The Biggest Mystery of the Past 50 Years

In all, only seven archivists who were sworn to secrecy had access to no less than 40,000 documents. They have been working for years with plenty of security clearance on this source of information that could make the rest clearer after fifty years. It is one of the greatest mysteries of modern U.S. history. Earl Warren, the chief justice who presided over the investigative commission on the assassination of the 35th U.S. president, said in response to a journalist who asked him whether we would one day have everything on the investigation he conducted: "Yes, there will come a time, but it may not be in your lifetime." Politico, the site that broke the news, emphasized that even if this October 2017 date has officially been set for authorizing access to these files, there can still be a veto at the last minute following a request from the CIA, the FBI, or an entirely different agency.

It's enough for them to consider that some of the protagonists, some of whom are still alive, would be unnecessarily exposed by the revelations contained within any of the documents or interrogation transcripts. And since that will happen a year and a half after Obama's successor takes office, it will be up to the new president to give the green light or not, taking into account the new president’s personal view on transparency with respect to the domestic and international situation.

The recent normalization of relations initiated by the United States with Cuba may, for example, be cited as a reason to delay revealing secrets from a large portion of those files. Lee Harvey Oswald, Kennedy's murderer, went to Mexico City just a month before committing the act. He met with Cuban agents at the time. However, one of the hypotheses or theories that certain investigators used to explain the murderer's actions was that he was financed by the Cuban secret service, thus striking back for the attempted murders on Fidel Castro by assassins sent by the CIA with Kennedy's approval. Out of the 40,000 documents from the CIA, would 1,100 of them be disclosed with proof of such a meeting between Oswald and the Cubans?

Or, on the contrary, was JFK's murderer brainwashed by the anti-Castro regime which held a grudge against the president for having initially helped them get to the Bay of Pigs in April 1961 in order to win back Cuba and then turned his back on them the moment the operation failed? Hundreds of exiles were killed in the operation. Some 332 pages of the files waiting to be revealed concern a dubious character named E. Howard Hunt. This CIA agent who later became one of the Watergate “plumbers” in the scandal that ended Nixon's career, had been among those who helped with the landing of anti-Castro forces in Cuba. Before dying in 2007, Hunt revealed without giving any details, that he knew of a plot by Cuban exiles seeking henchmen to assassinate JFK.

Still in these files, we should find the transcript of the interrogation of Youri Nosenko, a KGB officer who defected to the West shortly after Kennedy's death. This Soviet defector had dealt with Oswald during the two and a half years that he spent in the USSR starting in 1959 before returning to the United States, bringing along the Russian woman that he had married during his stay in Moscow. There too, there may be things worth revealing about the hypothesis or theory that in the middle of the Cold War, the Soviets could have wanted to kill the man who went against Krushchev during the Cuban missile crisis.

It's not like likely that the next U.S. president's responsibility to reveal or not reveal the real reasons, circumstances, accomplices - if there were any - behind president Kennedy's assassination will have much weight in the presidential campaign coming up. It's perhaps a pity. At least when it comes to the need for the American people to know the truth about one of the most tragic episodes in their history.