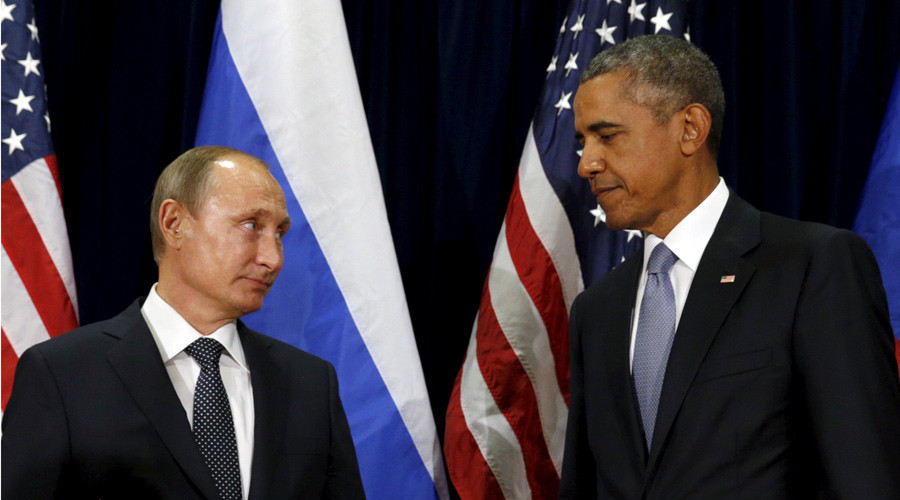 At the United Nations podium, the two heads of state have shown the scope of their differences over the Middle East.

The results of the new violence into which Syria is sinking were partially dramatized during the opening of the last United Nations General Assembly in New York. The appearances of Barack Obama and Vladimir Putin from atop this prestigious podium underscored, at every opportunity, the profound divergence in worldview that separates the two presidents. Faithful to the credo of the American dream, Obama continues to believe that "what is good for the U.S. is good for the rest of the world." In his vision, the Arab revolutions have certainly been poorly guided and have opened the door of power, through free elections, above all to Islamist parties. But the aspiration of the people to take their destiny in hand and to establish democratic states remains absolutely legitimate for the American president. The suffering and chaotic situation of the current Arab world in no way shake this legitimacy. But this is obviously secondary, far behind the priority that the Obama administration has set in the region: to no longer engage the U.S. in new armed conflicts.

In Cairo in 2009, Obama proposed a grandiose vision for the democratization of the world in general and of the Arab countries in particular. The Arab revolutions would follow and, just this once, the U.S. and its European allies would not support the tyrants against the people, but rather the people against their tyrants. From Paris to London or Washington, no one had any illusions about the difficulty of the democratic transition in the Arab world. And didn’t it take the French several bloody revolutions, two empires, two restorations and a July Monarchy before establishing a viable republic?* But none of the Western administrations had foreseen that the result would be so catastrophic. With the notable exception of Tunisia, the Arab revolutions have actually led to the Libyan chaos, the Syrian tragedy and the election of the Muslim Brotherhood, punished by a military coup d’etat, in Egypt. True! But the legitimacy of the demand for democracy remains intact, not only for Obama but for the majority of European governments.

Putin deeply questions that legitimacy. The consistency of his foreign policy, recalled in a tone at once bitter and mocking at the United Nations podium, consists of recognizing the legitimacy only of governments in power. In Putin’s mind, bombing one’s own people with chemical weapons and large-scale torture to stifle any vague desire for change in no way call into question the legitimacy of a government. From Kiev to Damascus, via Tripoli, Putin sees in the rebelling people only poor popular masses being manipulated, to be contained at any price, regardless of the cost in blood. His question, launched from the United Nations podium to the leaders of these revolutions — “Do they realize what they have done?" — was addressed to the Americans and not to the people who had risen up. A man from the former Soviet KGB, trained in the preparation of communist power plays in what was then called the Third World, can he really share a different vision of things? In the early 2000s, a former Russian minister of foreign affairs made this surprising response to the head of a large Western think tank who was amazed by his difficulty in recruiting good Russian political analysts: "For us, political studies such as those at Sciences Po are still underdeveloped. The Soviet Union trained ‘political technicians’ and not political analysts." Political technicians trained to act, to manipulate social movements and siphon them off toward a communist uprising. Not to analyze a given context in the most impartial way possible…

Between the worldview of the former student of the KGB academy and that of the former social worker from Chicago, the gulf appears immense. But, paradoxically, their practices converge in Syria: For the Russian, let come what may while supporting the regime, no matter what the consequences; for the American, let come what may while halfheartedly supporting the anti-Assad militias. Contrary to the analyses that one can find under the alarmed pens of neo-conservative American journalists, the Russian engagement does change things but in no way thoroughly reshuffles the cards. Putin attacks to prove that he exists and to bring Russia to the Middle East. Obama may take umbrage at it while still avoiding engaging the United States beyond inexpensive and ineffective strikes against the Islamic State. The status quo between the great powers will hold. Moscow has put itself at risk in its military adventure in Syria and will not provoke a confrontation with the United States there which could reveal its vulnerability. And the Americans are not displeased to see the Russians get bogged down in this hornet’s nest. The only ones not finding what they are looking for there are, once again, the Syrians, whose martyrdom seems endless. For Syria, the Russian strikes will no more contribute to bringing peace than the U.S. bombings. They seem, instead, to deepen its agony.

* Editor's Note: The July Monarchy, also known as the French Kingdom, was a liberal constitutional monarchy in France under Louis Philippe I. It lasted from 1830 to 1848.