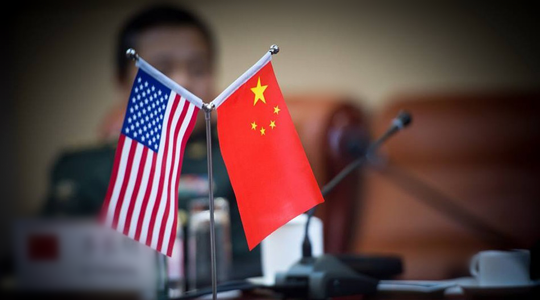 After the close of yesterday’s economic talks, China and the United States have agreed to more than 160 terms. Meanwhile, media outlets are reporting that there were just as many disagreements. Last night, Secretary of State John Kerry spoke to the press about how the talks have been very successful thus far, and about how Chinese foreign policy discussions were thorough and comprehensive. Kerry feels very pleased with the rich results of the Strategic and Economic Dialogue. John Kerry’s positive response comes as a surprise to many Western scholars.

Generally, China is more willing to stress the positive results of these meetings while the American media tends to shine light on the negative aspects of everything.

Both sides had differing opinions when it came to discussions on the South China Sea and were not able to settle on an agreement at this time. During last night’s press conference, John Kerry also expressed that “China has said that if maritime and aviation freedoms can be respected, then President Obama’s policies may be able to synchronize with their own.”*

China’s steel production has been the main focus of the economic discussions that took place at the S&ED, which is mainly because of speculation brought up by the United States. The American delegation expressed that China’s steel production is excessive, and that it places a burden on the global economy. This is an idea that is propagated by the Western media. Chinese Minister of Finance Lou Jiwei criticized that this American point of view is merely an exaggeration. He pointed out that when China boosted the global economy during one of the worst financial crises, the world applauded China. “How can you now say that overproduction in China is a drag on the world?” said Minister Jiwei.

People’s general impression is that China wants to improve Chinese-American relations and stresses the importance of cooperation between both sides. The standard American attitude is not very reliable. This shows that China wants to maintain a good relationship with the United States, seemingly because they care more. The reason for this is that China has always been weaker than America. The Chinese understand the impact that their relationship with the United States can have on local and foreign affairs. To a large degree, this reflects how the Chinese people feel about the situation.

The United States needs to get a good handle on the sudden emergence of China in the evolving Asia-Pacific structure, and on the delicately peaceful relationship developing between the United States and China. They must decide what challenges China poses to America. It is only natural that some would have worries about a country rising to power so suddenly. But this can often lead to many misconceptions.

The U.S.-China S&ED provided the two countries with an opportunity to clarify their relationship. In the end, how stable is their relationship after so many years of hostility? This hostility will continue to grow, eventually reaching a breaking point, and ending ties will become more and more likely. The South China Sea issue has grown to become a prominent issue in Chinese-American relations. What kind of sensibility will keep the South China Sea issue from reaching a breaking point? Will the problem continue to grow sharper, until it breaks the stability of bilateral relations? The situation seems to be creating a huge feeling of suspense.

Both countries are full of pride and want each other’s respective governments to be strong and to throw down the gauntlet. Nevertheless, the citizens of both countries do not want this to escalate into a military conflict. So both nations must approach the issue with level-headed understanding. If they can both finally obtain stability in the Western Pacific and create a strong and peaceful control in the Asia-Pacific region, they will receive such historic praise that not even the Nobel Peace Prize can describe.

Beijing and Washington must both do what is in their own best interest so as not to be mocked. This is the kind of mockery that inevitably becomes political pressure. How can either country make a stand for their national interests while creating peace and stability in the Asia-Pacific region? Presently and in the near future this problem will pose a very big challenge for both countries.

It has always seemed that until now China and America have been playing games to preserve civilization. China has undoubtedly been very moderate and cautious in order to grow into such a powerful country. The United States has been a conservative player thus far and has not been too ruthless toward China. It is unknown to what extent both sides have reached a mutual understanding during the S&ED.

It is impossible to simply evaluate Chinese-American relations as good or bad — although they are undoubtedly important. It is not possible, within such a small amount of time, for good diplomatic relations to remove all the mutual doubt. Also, poor diplomatic relations absolutely have an effect on peaceful dialogues between both countries. At this point, you can only watch helplessly as it free falls.

The U.S. military recently released Washington’s strategy regarding China’s borders, which revealed a rather dark side of America. This side of America was seemingly revealed during the S&ED, but we will see if America can control itself enough in the South China Sea to not provoke China. Nevertheless, it is clear that nothing is certain.

*Editor’s note: This quote, though accurately translated, could not be verified.