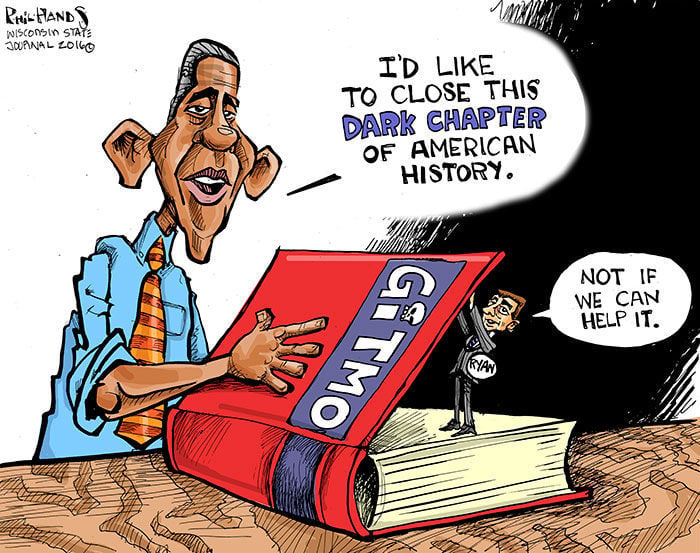 The transfer of 15 prisoners is a reminder of one of the American president’s central campaign promises.

The transfer to other countries of 15 inmates from the military prison on the American base at Guantanamo is likely among Barack Obama’s final nods toward one of the promises he championed before arriving at the White House in 2009, a promise he has been unable to make good on during his time in office. The expected closure of the prison, where 61 individuals labeled “terrorists” are still being detained under military guard — despite the fact that many of them haven’t been formally charged — thus remains an issue to be dealt with by Obama’s successor, behind the desk in the Oval Office, post January.

Guantanamo orison’s foundation in 2002, an initiative of Republican George W. Bush, represents one of the United States’ darkest points in terms of its conduct within the sphere of international law. Its conscious, voluntary establishment has placed individuals — at last count, a total of 780 have passed through its halls — in a legal limbo, held in custody without the benefit of any of the established procedural guarantees, international laws or American laws. It sets an exceedingly dangerous precedent, for which it ought to have been closed long ago.

It should be pointed out, too, that if Obama has not closed Guantanamo, it has been due to his scrupulous respect for public consensus on this delicate issue and his having to await approval from Congress. Republicans have systematically roadblocked such a possible outcome all the while, and strongly criticized any new transfer of prisoners to third-party countries, maintaining that such actions place United States security at risk. If that wasn’t enough, Republican presidential candidate Donald Trump has voiced his support for not only keeping the prison open, but interring American citizens there as well.

When Obama took his oath of office, Guantanamo held 242 prisoners; today, that number has dropped to slightly more than 50. It’s not what he promised, but he’s getting there.