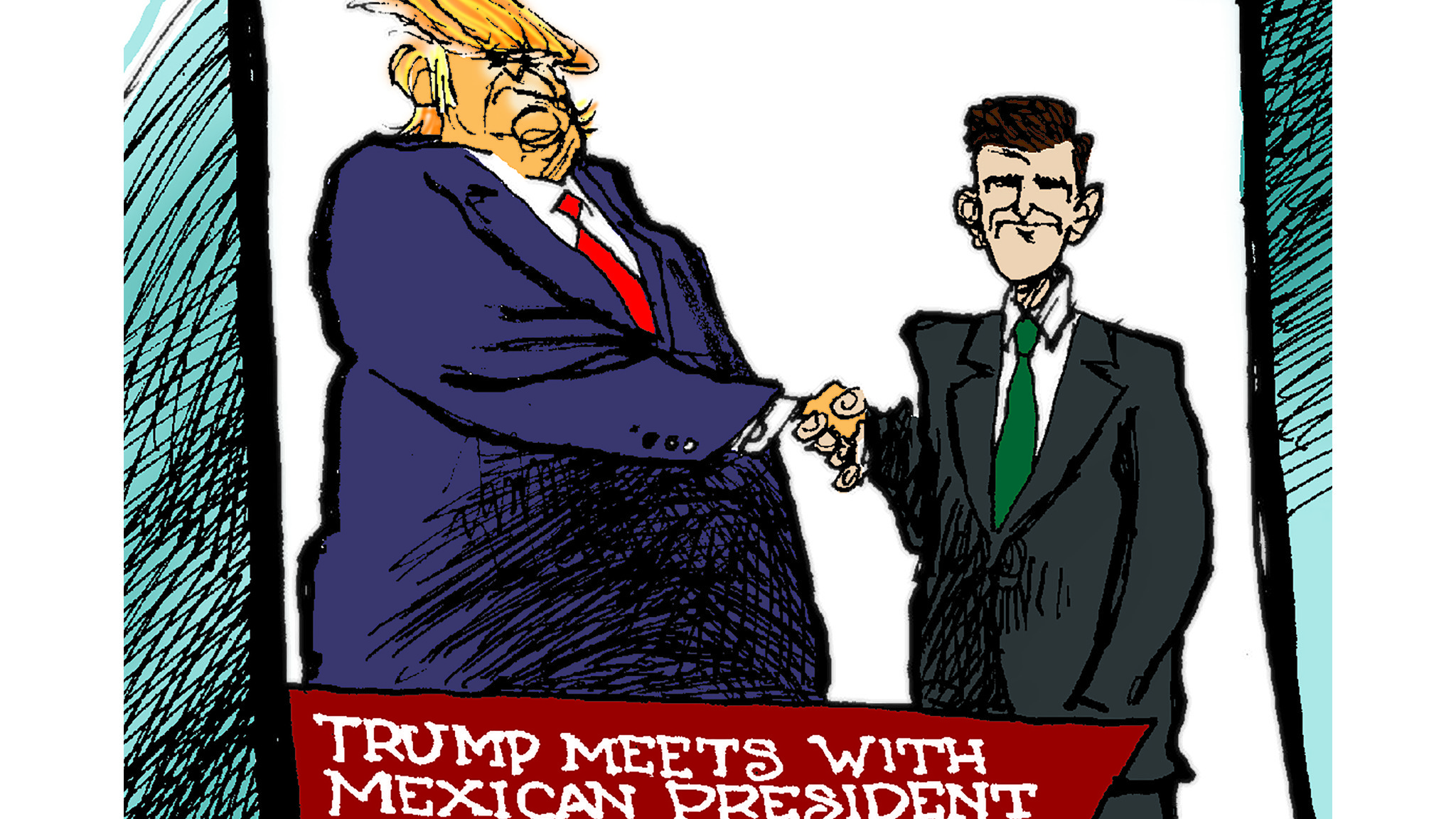 Why did Mexico’s President Enrique Peña Nieto invite Donald Trump? It is an interesting question, bearing in mind he recently compared his guest to Hitler.

Although there is normally nothing unusual about a statesman wanting to talk to the big parties’ White House candidates, Trump is not normal. He showed that he is not normal a couple of hours after his visit to Mexico in a striking speech in Phoenix.

Trump’s campaign has used propaganda against immigrants as a foundation from the very beginning. He promised to deport 11 million undocumented immigrants. He called Mexican immigrants rapists, drug smugglers and murderers. He wants to constrain free trade, including the free trade agreement with Mexico, which is stealing American jobs. He has added to this by promising to refuse Muslims entry into the United States. Last but not least, he is going to build a wall along the southern border, paid for by Mexico.

The topic of who pays for the wall had not been discussed, according to a subdued Trump following the meeting with Peña Nieto. At the same time, the host claimed that the two had discussed the wall and that he had made it clear that Mexico would not pay for it.

In Phoenix, the old Mexico bully was back. However, at the same time Trump was making angry attacks against immigrant criminals, he was energetically trying to hide or skirt around the details of his political agenda.

Trump said that visa cheats and undocumented immigrants guilty of any crime whatsoever will be deported immediately, but then added that the “deportation task force” mission would be reduced to around 6 million people. The need for a police state remains, however, and so does the foolishness of getting rid of an insignificant portion of the American workforce.

It is unlikely that this is a result of realizing the true situation but rather a need for Trump to polish his message in front of his less fanatical fans. He wants to sound like he is changing his mind without actually changing the message. The more reflective citizens who have heard his raging attacks on the immigrant rabble for over a year may ask themselves why now only half of the targets are going to be deported.

In the real world, the number of illegal immigrants has already gone down drastically. In 2015, 188,000 Mexicans who were trying to get over the border were arrested. In 2000, the number was almost 10 times higher.

Six out of 10 Americans think the wall between the U.S. and Mexico is a stupid idea. Some 76 percent believe undocumented immigrants are hardworking people. Two-thirds also believe that Mexicans don’t commit any more crime than other people. Some 6 million jobs in the U.S. are dependent on trade with the neighbor to the south.

Trump called Peña Nieto his friend. That is a proffered hand that shouldn’t be accepted.