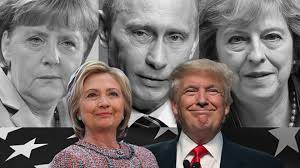 Clinton has decided the TV duel but not the election for herself. She would be the better partner for Germany and the other EU countries. U.S. politics will change in any case.

Advantage Hillary Clinton. That’s the unanimous verdict after the televised debate. Even supporters of Donald Trump conceded that, however, they hurry to point toward the two TV debates that follow. With a solid performance, Democratic presidential candidate Clinton may have dominated an unprepared and erratic-appearing Republican challenger. But the election has not yet been decided by far. There was not a lot that was new during the 90-minute battle of words. It was well-known that Clinton argues meticulously and follows her political plan, and that Trump is more likely to act impulsively and has already turned in bad appearances during the election campaign. It was also well-known that it was a matter of policies versus provocation and suggestions for solutions versus lies. It will thus remain suspenseful, probably up until the election on Nov. 8.

Yet the debate primarily showed the many undecided voters the candidates are dealing with. And after the debate, many U.S. citizens looked up on the internet how to register to vote. Many interpret this as an indication that voter participation will rise. If those who have now decided convey the impression that Clinton is the better choice, it would allow the Democrat to expand her advantage in the polls.

However, she cannot permit herself to underestimate her competitor. Trump’s Republican competitors made this mistake. More than once, many observers had to revise their opinion that Trump had no chance if he not only had to win loyal Republican voters but also had to win over undecided voters and Democrats.

As much as people speculate about the outcome of the election, this much is already clear: Both U.S. domestic and foreign politics will change dramatically. Both candidates must put the expectations of their voters into political action. Both must primarily concern themselves with the astonishingly great dissatisfaction of U.S. citizens.

So, for example, social dislocation is greater than had long been assumed. That does not mean that everything in the United States is as bad as Trump likes to claim. Anything but. Economically, everything is by all means going uphill. Yet not everyone has a part of that any longer. Besides, given an income that is falling on average, more and more parents are finding it difficult to be able to pay for a decent but expensive education at a university for their children. This list continues. In short, one can say that with a rising cost of living, “Joe Sixpack” must work more and more for less and less pay. That frustrates many and causes yet more doubt about the promise that everyone who tries hard can earn a livelihood.

Trump has been able to best use this atmosphere for himself and therefore wants to “make America great again.” There are justified doubts that he has a plan for that. But he is seizing upon an old American theme that has isolation as a goal with regard to foreign policy that may, more likely, be bad for worldwide climate policy and multilateral relationships.

Trump will also increasingly put the interests of U.S. citizens in the foreground more than has been done until now. He needs money for that. For defense policy, for example, this means that he will require a considerably greater commitment from European NATO partners. He will force Germany, Great Britain and the other allies to spend additional billions on defense or otherwise threaten them with the end of NATO.

Clinton, on the other hand, will continue the U.S. policy that has had the expansion of international relations as a goal since the end World War II. She will emphasize Washington’s claim to leadership more strongly than the incumbent Barack Obama. Particularly different times in the relationship between the U.S. and Russia might be dawning. Clinton will press harder in the Ukraine crisis and with the conflict in Syria. And she will amicably but firmly ask the NATO partners to finally keep their promises for defense.

To be sure, for Germany and the other EU countries, Clinton would be the more agreeable and reliable partner in the White House than Trump. Yet the responsible parties in Berlin and the other capitals must prepare themselves for a Washington that requires more in the future – and, in fact, not only for defense, but also in economic relationships. What that means for the Transatlantic Trade and Investment Partnership cannot be precisely said. Trump doesn’t want the treaty; Clinton has not committed herself to it. But both must offer their voters something in a pinch at the expense of others.