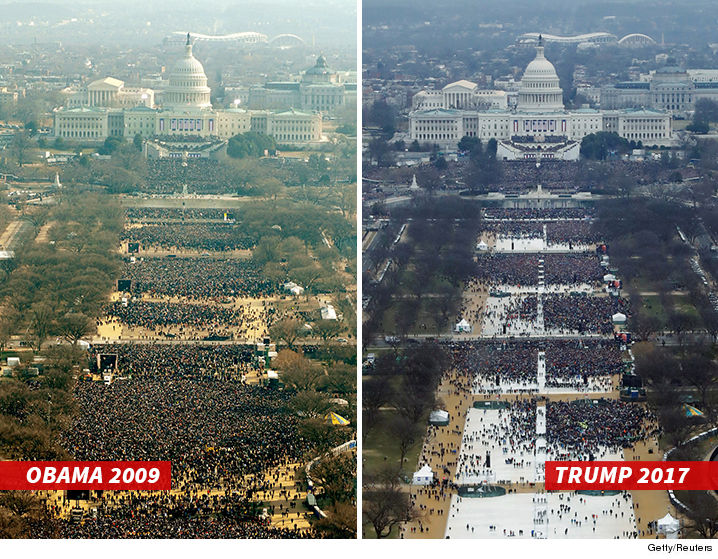 Immediately on his first day in office, Donald Trump exceeded the worst fears of those who see him as a threat to his country and to the entire world. Not because of his first decrees, although there is good reason to consider them wrong or even reprehensible. But instead, because one must now doubt his sanity. That is meant to be neither humorous nor polemic. Unfortunately.

The new U.S. president wants to repair his beleaguered relationship with the CIA and therefore goes there as quickly as possible. Create a favorable climate; that was the plan. And what does Trump do? He speaks without notes, he free associates, he speaks disjointedly. Primarily about himself. Actually almost only about himself. That the celebration of his inauguration was the biggest of all time, that very, very many spectators had come, that the media — with which he finds himself in a “state of war” — will pay a high price for not having reported about it correctly.

His Press Secretary Sean Spicer also spoke out in a similar fashion: “This was the largest audience to ever witness the inauguration. Period.” Verifiably false, but what of it? And then, “We're going to hold the press accountable." At least now one knows where one stands.

It takes something to motivate right-leaning Fox News and the press secretary of former President George W. Bush to almost simultaneously negatively comment about a new Republican president. Fox columnist Charles Krauthammer called the statement “surreal” and “weird.” Ari Fleischer, former White House press secretary tweeted, “This is called a statement you're told to make by the President.” So Trump dictates: Lie.

There are many narcissists. Not only in politics. Most of the time that only becomes a threat when a person can no longer recognize that there are some topics more important than one’s own ego. Now we know: That is true of Donald Trump.

In recent weeks, much has been said and written about Trump’s disturbingly good opinion of Russian President Vladimir Putin. But what will actually happen if Trump someday feels offended by Putin? Which could happen, even unintentionally. Then God have mercy on us all.