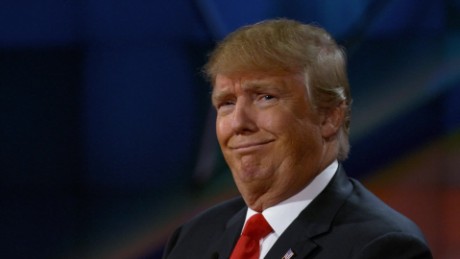 Here is what I have been thinking: Sure, Trump is not the colorful revolutionary who sent a signal to the rotting post-Yalta world order. He is probably just an upstart, and will act "decently," gradually integrating into the American neoliberal political establishment. All of that is unimportant.

For us, modern Russian people, it is much more important to watch how the monolith of the old political discourse crumbles. After all, it was all set in stone; a blade of grass could not break through the concrete jungle of the old world order and no effort could change anything.

Now, Trump and the right-wing populists in Europe are beginning to use a new political language, calling things by their names, breaking taboos, raising fringe questions on the world's agenda.

The world is in motion. It no longer matters what Trump will say, nor what he will do with regards to anti-Russia sanctions.

The most important thing is to keep speaking in this "new language," to discuss the merits of a revolution against the establishment and old neoliberal stereotypes.

Fine, today there is no counterrevolution, there is no powerful political movement as an alternative to the establishment. If you say "down with Babylon!" a hundred times, the walls will fall.

It is important to confront previously taboo topics and let new meanings have a chance to grow through the concrete of respectable evil.