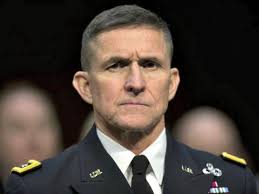 National Security Advisor Michael Flynn resigned on Feb. 13 due to having “inappropriate contact” with Russia. Though the news was quickly drowned out by the news of Kim Jung Nam’s assassination, it was nonetheless a huge story.

The position of national security advisor is an influential one that can act as “doorknob power.”* It was created in 1947 to bring balance to foreign and national security policymaking — which was mainly driven by the Department of State — so that the Department of Defense and intelligence community could be more involved in the process during the post-World War II period. Although the National Security Council does not directly make policy by itself, the national security advisor can put more weight behind a certain department and its position during a policymaking process.

Former National Security Advisor Flynn was held in one regard or another, depending on whom you ask. The majority of the American media criticized him for being an extreme anti-Muslim character and a very dogmatic director of the Defense Intelligence Agency. His pro-Russia stand, which is a big no-no in Washington diplomatic circles, was also a topic of concern.

Last July, he stood at the Republican National Convention delivering speeches that called for “arresting Hillary.” That earned him the moniker of being “political military” from his critics, and he was considered unfit for a position that mediates between multiple agencies and departments.

The rumors of his struggle with Secretary of Defense James Mattis over the appointment of personnel in the Department of Defense were also widespread. When asked about this dispute during his confirmation hearing, Mattis did not hide the tension and responded, “I don’t anticipate anything but the best ideas will win.”

Of course, not everyone thought the worst of Flynn. These people attribute the large number of his enemies to being an adverse effect of his “reforms” — in which Flynn sent regional situation analysts to their respective regional offices from their comfortable Pentagon office — which in turn, did not sit well with most of his subordinates. Hence, some view his resignation as the result of an organized attack on his career by those who were rubbed the wrong way during his tenure as the director of the DIA.

Perhaps to silence the worried voices, Flynn didn’t seem to cause much of the anticipated trouble. He met up with Yang Jiechi, Chinese state councilor, and attempted smooth out the U.S.-China relationship. Some of the press even called his visit to the Chinese Embassy with President Trump’s hand-written letter a creative move.

Regardless, he played a role in drawing out Trump’s respect for his “One-China policy” remark. It is also true that he gave particular attention to the situation in the Korean Peninsula, perhaps due to the fact that his father served in the Korean War.

The aftermath of Flynn’s resignation will be more substantial than any of us can imagine, be it positive or negative. His resignation can certainly give more power to the foreign policy decision-makers like Secretary of State Rex Tiillerson and Defense Secretary Mattis. However, as long as Steve Bannon, the White House chief strategist and President Trump’s extreme right-wing aide, holds his position in White House, all they might be able to do, despite their considerable power, is put a stop to extreme policies rolling out of the door.

With the coming of a new national security advisor, the staff of the National Security Council is likely to change as well. With that, there may be different approaches to foreign policy, including policies with respect to North Korea. This just may have bought more time for Korea to get a new administration and the foreign and national security policy team in place.

*Translator’s note: “Doorknob power” refers to the power that controls what kind of agenda or documents get to be on the desk of a decision-maker, i.e. the president.