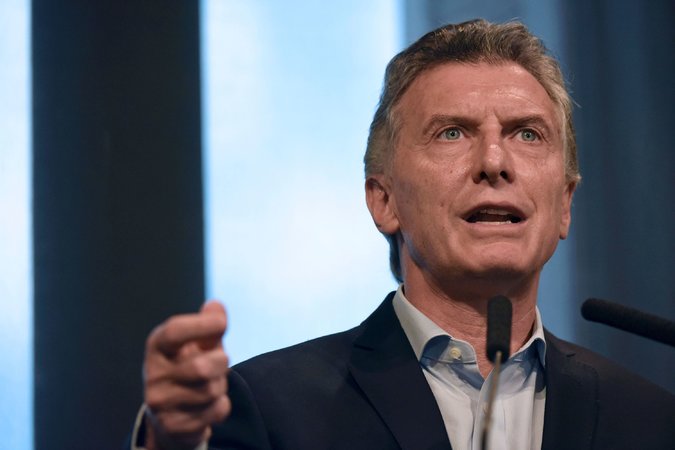 The presidency of Donald Trump causes different levels of anguish at the international level. Argentina must face the situation by analyzing not only Trump’s commercial impact, but also the political consequences, both real and potential. It must in turn calibrate the implementation of a "diverse horizons" strategy that seeks to have positive and simultaneous relations with its foreign neighbors, and with established and emerging powers.

The zone of distress and anxiety that takes form in the United States, Europe and China has begun to manifest itself in visible and shocking forms. The New York Times speculates on what could be a "Reichstag" moment – alluding to the fire at the German parliament set by Hitler's followers – which will allow Trump to increase his power without limits. In Germany the magazine Der Spiegle shows Trump on its cover with the head of the Statue of Liberty in one hand and a knife in the other. The South China Morning Post finds it hard to believe that a letter from Trump, in which he accepts the official position of a "One (only) China," will reassure his leadership. And before a potential understanding between the United States and Russia, Trump sounds a certain relief when confirming that Vladimir Putin will visit China twice in 2017.

In the meantime, analysis in Argentina about relations with Trump’s administration seems to be mostly commercial, followed by an understandable inclination to establish a positive political agenda. Thus, a topic where obvious similarities arise is that of Venezuela, with Argentine President Mauricio Macri has called that country a "pseudo-democracy."

However, the relationship with the United States threatens to be a major challenge for the government. At a minimum, we will have to deal with an administration that will seek to impose its weight in a bilateral relationship. In commercial terms, the preference is for the interests of American lobbies over the wishes of Argentine exporters. In terms of security and counterterrorism, there could be more of an impetus to impose points of view. But first, it will be necessary to determine which concessions can be made and which cannot, seeking at the outset to obtain concrete compensation in return and of similar proportions, without losing any degree of autonomy.

At a maximum, the Macri administration may meet with an authoritarian leader in the United States, fighting pragmatically, or not, with two authoritarian regimes: China and Russia. Before this scenario occurs, the implementation of the "diverse horizons" strategy must be adjusted. We must continue strengthening our political and economic ties with Europe, Canada, Japan and Australia. With regard to established powers, economic and political relations with India and the Association of Southeast Asian Nations should also be strengthened.

Meanwhile, Argentina must keep away from possible confrontations between the United States, China and Russia, and maintain the best bilateral relations possible with each of these powers. As for the neighboring countries, it will be necessary to implement a dual strategy that maximizes the relationship with Mercosur and with the countries of the Pacific Alliance.* At the same time, it will be necessary to prepare for possible conflicts at an international level and to agree on the internal positions to be taken. Some are already evident and others have begun to cause anxiety. Among the first is the conflict between Ukraine and Russia, following the occupation of Crimea. Other distressing disputes are those between China and several Asian countries (Philippines, Vietnam, Malaysia, Brunei and Taiwan), with respect to the Spratly Islands, and Vietnam and Taiwan with respect to the Paracell Islands, both south of the Sea of China.

There is also speculation about the approach the United States might take with regard to the situation in Syria. One can see, even more improbably, a veiled anxiety in Europe at the idea that an understanding between Trump and Putin limits the independence of the Baltic countries. In this uncertain environment, calibrating the implementation of a "diverse horizons" strategy and agreeing on internal positions regarding possible changes by the United States will strengthen our foreign policy.

*Editor’s note: Mercosur is an economic and political bloc created to promote free trade and the fluid movement of goods, people and currency. Its members are Argentina, Brazil, Paraguay, Uruguay and at one time, Venezuela, now suspended. The Pacific Alliance is a Latin American trade bloc with four member states including Chile, Colombia, Mexico and Peru.

**Editor’s note: CIPPEC, or the Center for the Implementation of Public Policies Promoting Equity and Growth, is an Argentine public policy think tank founded in 2000.