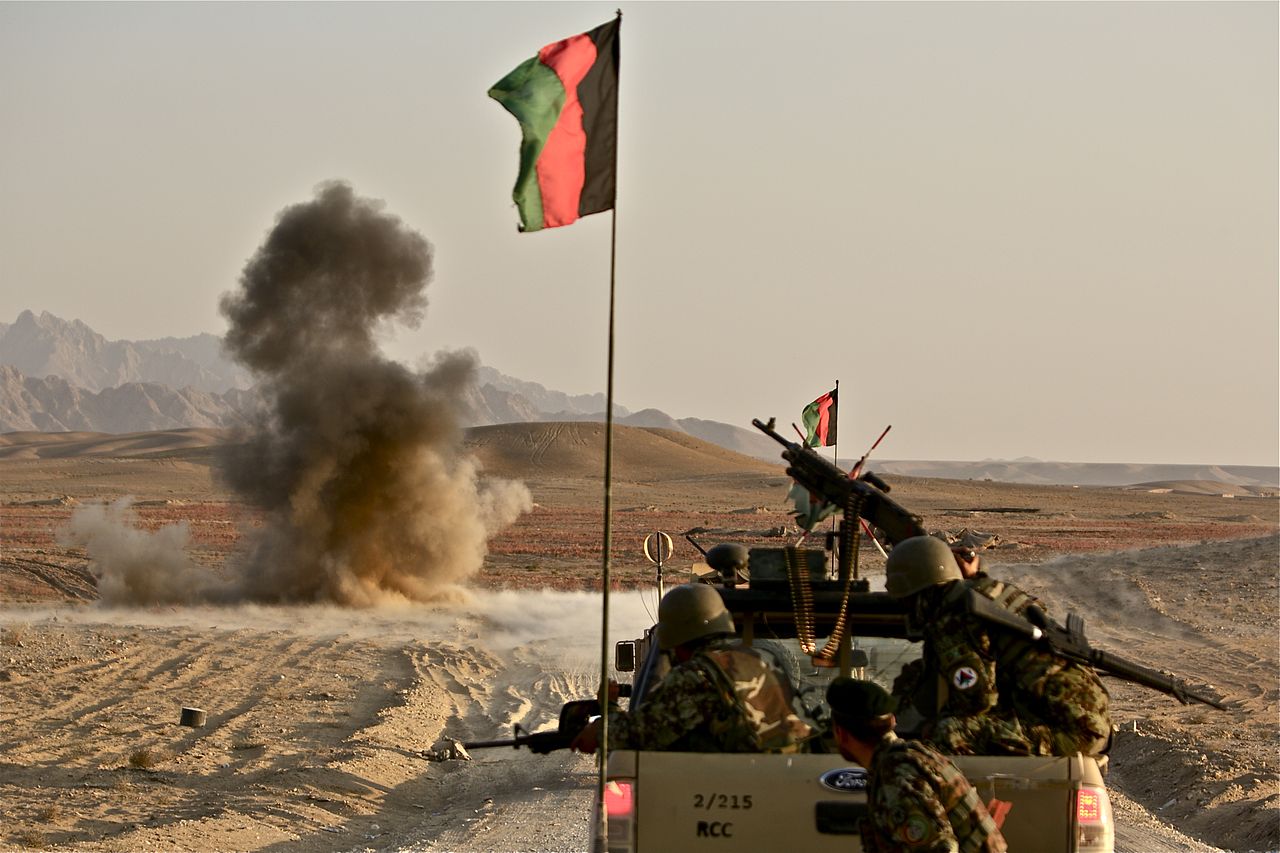 With an erratic, uneducated and impulsive man occupying the White House, the future in Afghanistan is increasingly

In the beginning there was Afghanistan. There’s the current war, of course, which has been going on for 16 years, ever since American troops invaded the country in October 2001 in a decisive response to the 9/11 attacks. But Afghanistan is also the root of contemporary Islamic terrorism, specifically of al-Qaida. Al-Qaida emerged from the breeding grounds of the Afghan mujahedeen resistance movement − supported by the United States and Saudi Arabia against the Soviet occupiers who invaded the country in 1979.

It’s already the longest war the United States has ever been involved in, and also the first in which NATO has carried out military action outside its territory. It’s furthermore the first, and so far the only, war that has triggered Article 5 of the North Atlantic Treaty. This is the article in which NATO members commit to defending one another in the face of any external aggression.

This war has spanned three presidents: George W. Bush, who declared the war and set the goals of ousting the Taliban, eliminating al-Qaida, stabilizing the country and turning it into a democracy; Barack Obama, who tried to end the war in 2014, unsuccessfully; and Donald Trump, a president who wants to win wars, but who’s now driven to act in Afghanistan so that he won’t lose the first war in which he finds himself involved.

Since Trump came to power, there has been an escalation of terrorist activity and the Afghan government has lost at least 10 percent of its territory to the insurgency. Making matters worse, there’s now the threat of the Islamic State in addition to the danger posed by the Taliban and al-Qaida. The car bombs in Kabul have been a particularly serious issue, since they demonstrate the government’s inability to guarantee security even in the capital city.

Trump has done three things so far. He dropped on Afghan territory the so-called “mother of all bombs,” the most powerful non-nuclear bomb ever detonated, which served propaganda purposes more than any real purpose; he’s agreed to the troop increase suggested by military leaders; and he’s abandoned political and diplomatic action in favor of strictly military action, a domain he’s left in the hands of his aides and advisers.

Up to 130,000 soldiers from 51 countries were deployed to Afghanistan under NATO. Beginning in 2011, they were gradually withdrawn from the combat mission in 2014, when the mission became one of advising, assisting and training the Afghan armed forces. That mission is currently led by a contingent of 13,500 soldiers, of whom almost 8,000 are American.

No modern conflict has cost European NATO members as much money and as many lives as this erratic and endless war. It started with the full legal backing of the United Nations and NATO, and now it’s blended into an environment of instability, tribal warfare and terrorism. Spain’s participation in this war (it still has 20 soldiers at the NATO station in Kabul) has cost 3.5 trillion euros and involved a maximum deployment of 1,500 troops, with the deaths of 99 soldiers and two interpreters. The 5,000-soldier surge that Trump is going to propose will mean asking for 2,000 soldiers from NATO, which logically includes Spain.

This is one of the most expensive wars of all time, consuming money and human lives with dismal regularity without clearly stating the enemy or the goal to be accomplished. First it was the Taliban, then al-Qaida and now apparently the Islamic State group, which is threatening to unleash a new danger: a Syrian-style war on Afghan territory. Another new development is the increasing interest of Russia and China in making their own moves on a chessboard where so far only Europeans and Americans have been playing. Aaron O’Connell, a political scientist who advised Gen. Petraeus in Iraq, claims that at least five different wars are being waged in Afghanistan, some of which have been going on since long before 2001, when the current war started.

First, there’s a secular war between Pashtuns − the ethnic majority − and other ethnicities. Then there’s an internal war among the Pashtuns themselves, between the Durranis and the Ghilzais. This war manifested itself in a strange way, with the defeat of Mullah Omar, a Ghilzai Taliban, and the American coronation of the all-powerful Durrani president, Hamid Karzai. There’s a third war between reactionary religious figures and cosmopolitan progressives, the latter of which came out on the losing side when the Soviets were defeated in 1989. A fourth, less visible war is the result of the cold war between India and Pakistan playing out on Afghan soil, where Pakistan is seeking “strategic depth,” and recruiting supporters for its dispute with India over Kashmir. Finally, there’s an internal war in Pakistan between the regime and the Pakistani Taliban − allies of the Afghan Taliban − that is also playing out in Afghanistan.

Previous presidents tried to look for comprehensive solutions, fully aware that there was no purely military solution but rather that it was necessary to help the Afghans build a stable country. Trump knows what he wants to avoid, thinking primarily about his image, but he has no idea how to win this war, or at least how to get out of it within a reasonable timeframe. He has the small comfort of knowing that his predecessors didn’t either. Political scientist Stephen Walt writes in Foreign Policy magazine, “The United States has been fighting in Afghanistan for so long that it is easy to forget why we’re there. In fact, I’m not sure I know anymore.” There’s the same problem with the goal of the war: It’s not clear if the goal is to defeat the Taliban, to destroy al-Qaida or to get the country to change so that Afghan women can stop hiding behind burkas and girls can go to school again.

In the past, the argument could be made that Western powers in Afghanistan were defending their own security. But the spread of civil wars and failed states so close to Europe should force at least an evaluation of NATO’s efforts in fighting terror, especially regarding its distribution throughout the different crisis zones.

The only justification for the current international presence in Afghanistan, and even for the increase in troops, is the rule of the tableware shop: The customer who breaks a plate pays for it. It’s hard to defend a complete withdrawal from Afghanistan, and even harder to wash our hands of its civil wars, after having invaded the country and having spent 16 years failing to stabilize it. But it’s another issue entirely for the European NATO members to keep up a policy of blind solidarity with the United States, at a moment in which the American president has a deeply hard time grasping the founding principles of NATO.