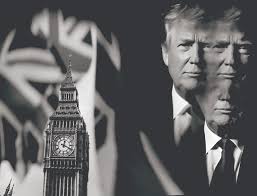 The year 2016 was marked by the return to the famous Nietzsche saying that “there are no facts, only interpretations.” We saw politics converted into encapsulated sensationalist slogans suiting society’s moods. “Make America Great Again” and “Take Back Control” were the slogans of two electoral insurrections − of Trump and of Brexit − that were able to harness such moods. What mattered was not their veracity, but their impact.

What is the underlying emotion that they gave resonance to? Both phrases are regressive and comforting in their search for something lost. They promise to bring back the past rather than look toward the frightening future. However, no matter how many attempts are made to alter reality, reality itself will always prevail. It is because of this that the United Kingdom, on its way to its own refuge of identity, finds itself in a transitional period in which it is forced to temporarily maintain its status as part of the European Union but without a vote in Brussels.

This is the problem with a roadmap that leads only to the past; when the future arrives, there is no plan, and until there is one, the old, yearned for colonial British power must remain under the jurisdiction of the European courts, accepting freedom of movement while maintaining budget contribution and all this without any influence at all. The same goes for Donald Trump, who looked to assert himself in contrast to an adversary, whom he found in the symbolism of Barack Obama. Any process of identification requires an opponent. However, having converted the repeal and replacement of Obama's health care law into one of his star promises, he has been incapable of building a majority actually capable of doing anything about it.

Fiction always clashes with reality, and these examples warn us about what happens when governments are built on regressive promises. Politics is the space in which we explore real life and also conceive and manage the timeline of expectations that we call the future. Symbols of self-assertiveness may produce political movements, but the words on which they are built are worthless. The ability to understand people’s emotions is not the same as the ability to understand people’s lives, and without this, there is no way of organizing the world in a way which would improve their lives or sketch out a future path. This lack of understanding comes when political discourse is reduced to trickery.