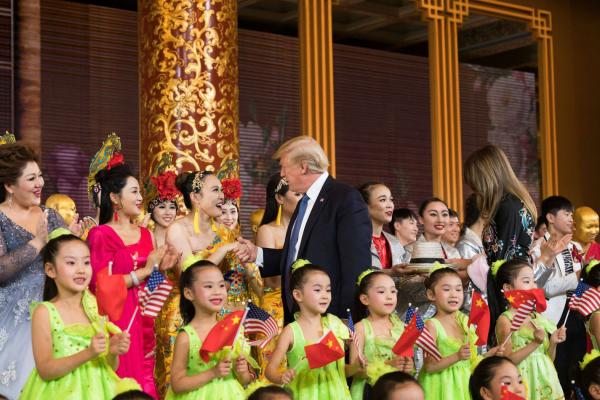 Seeing how historically low the expectations are with this president, it didn’t go badly. But is that sufficient?

The White House announced that Donald Trump’s 12-day trip to East Asia, which ended on Tuesday, was a colossal success. Considering how low the expectations are with respect to this particular president, it didn’t go badly – after all, he didn’t make any major bloopers, didn’t violate diplomatic protocol as he did earlier in Europe, his speeches followed the teleprompter text, and this time, he didn’t send any silly tweets out to the world – other than a narcissistic jibe to Kim Jong Un.

As a result, Trump’s visit in itself – with its red carpets and toasts in his honor, his declarations of support for allies such as Japan and South Korea – was a symbolic confirmation of the United States’ presence in and commitment to the West Pacific region, which might be seen as a counterbalance to the growing – and sometimes aggressive – power of China. But as far as practical matters are concerned, it’s rather hard to call it a success.

What Did Donald Trump Go to Asia For?

Washington exerts much effort trying to convince China to put pressure on North Korea to give up its nuclear weapons, and it’s been trying for a long time now to make North Korea broaden the market more widely for American goods and investment. During his visit to Beijing, Trump showed a great deal of respect to Xi Jinping and flooded him with compliments, but apparently he didn’t manage to accomplish much.

The Chinese agreed to impose stronger financial restrictions on Pyongyang, but they have refused to apply the most effective sanction – putting oil supplies on hold. As for the Chinese protectionist barriers, reportedly, the issue wasn’t even raised by Trump in his talks with Xi. On the other hand, it was hard to expect that China would give way on the matter.

On the meetings with the leaders of Vietnam and the Philippines, Trump proposed mediation to solve their territorial conflicts with Beijing, which is taking control of disputed waters in the South China Sea. But China’s neighbors’ willingness to interfere keeps decreasing, and the Filipino President Rodrigo Duterte flatly declined the offer to intervene, even though he and Trump must understand each other well, seeing how lax Trump is – unlike Barack Obama – about Duterte’s brutal method of governance.

During the trip, Trump used the term “Indo-Pacific region,” which is supposed to emphasize the alliance among the triangle of democratic countries, the U.S, Japan and India, and stress the fact that the U.S won’t enter agreements with China at the expense of its Asian neighbors. That message, however, sounds rather empty to them, seeing how Trump has withdrawn the U.S. from the Trans-Pacific Partnership, which was supposed to establish liberal rules of trade, and be an economical reinforcement of the geopolitical bonds between America and Asia, and considering the fact that during the trip, Trump criticized transregional free trade agreements. After the United States’ withdrawal from the TPP, China is ready to take its place.

Perhaps it truly is a sign that under Trump’s guidance, America is renouncing its leadership in Asia and voluntarily handing it over to China. Perhaps for the president, making a profit by selling another batch of American arms to those countries is good enough.

1 Comment on Donald Trump Has Returned from Asia. Did He Just Give It over to the Chinese?