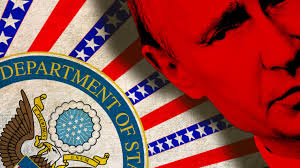 One week ago, Sergei Skripal, a former Russian double agent exiled in the United Kingdom, collapsed on a bench in the small town of Salisbury. This mysterious poisoning by nerve agent raised the specter of Alexander Litvinenko in London, who was assassinated by polonium in the center of London 12 years ago. It also raised the specter of a new Cold War, a creeping conflict, where the balance of power seems distorted.

This war that wasn't one, because it had neither the finality of a victory nor the lethality of a classic war, is referred to as an infowar. In essence virtual, it aims to blur the line between reality and fiction; not to convince, but to generate anxiety, fear, and deprive people of their ability to resist.

Chris Chivvis from the Rand Corporation explained at the start of 2017 before the Senate Armed Forces Committee that Russia is mobilizing toward this end at four levels: 1) through intermediaries, such as sympathetic, anti-European or ultra-nationalist groups; 2) with its economic and political influence; 3) using clandestine operations (such as the conspiracy to remove the pro-NATO government in Montenegro in 2016); and 4) by political destabilization.

Acting in this manner is not the prerogative of Russia alone, far from it; just look at the history of the United States for some examples. But Russia has expressed its deep-seated fear of possible interference in its own domestic policy since 1993. The Rose Revolution in Georgia (2003), the Orange Revolution in Ukraine (2004) and the Tulip Revolution in Kyrgyzstan (2005) reinforced this view of a vulnerability along its frontiers and the pervasiveness of the West in foreign lands nearby.

The chief of staff of the Russian armed forces, Valery Gerasimov, asserts that the rules of engagement have changed significantly, according to researcher Deborah Yarsike Ball, given that, faced with the Arab Spring borne by the social media networks, the key to victory is now the control of information. This is why Russia has gained control of the mainstream media and has invested in full-fledged information warriors: botnets,* increased budgets to influence foreign governments starting in 2005, and support for the establishment of RT (Russia Today), or Sputnik News, as a competitor of CNN or BBC World.

Indicted by Special Counsel Robert Mueller, the Kremlin-based Internet Research Company has mobilized up to 400 trolls around the clock and spent thousands of dollars on social media advertising. It has analyzed group statistics, content and engagement levels as any marketing firm would. The process aimed to create a "political intensity by supporting radical groups and dissatisfied with the politico-economic situation, as well as opposition groups." It's not so much to produce an alternative narrative as to simply invalidate the dominant narrative, Peter Pomrantsev explained in 2014 in The Atlantic.

Reading Mueller's indictment, you're far from James Bond and Q's gadgets. The methods are basic, they exploit existing and public marketing tools and only exploit in an extremely partisan context.

But the White House has not given any directive to counter these attacks at the source, Adm. Mike Rogers, director of the National Security Agency, told a Senate committee in late February. This lack of input from the White House is greatly damaging. And in many ways.

First, the sanctions adopted by Congress last summer have been delayed by the president and do not seem dissuasive: the Oval Office, through its inertia, sends the signal to Russia that the operation, which is fairly obsolete, can compete at a higher level, because the consequences will be less serious.

Second, the State Department spent none of the $120 million it was given to combat this interference. None of the analysts from the Global Engagement Center assigned to work on the file speak Russian. (This similarity to 9/11 is striking.) At the White House, no high-level meeting (e.g., involving the National Security Council) has been held on this issue. At best, the discussions that have taken place are informal.

In the United States, there is great fear of Russian interference. Not in 2020. Not in November, but in the primary cycle that started last month. But there is no doubt, say the three intelligence officials (Mike Pompeo, CIA; Dan Coats, National Intelligence; and Mike Rogers, NSA), that the Russians intend to have an impact on the next election in the United States. This infowar can only be won by addressing the fault lines within the country. And the sweeping blows of the president's tweets are not going to change that.

*Editor’s note: A botnet is a network of private computers infected with malicious software and controlled as a group without the owners’ knowledge, e.g., to send spam messages.