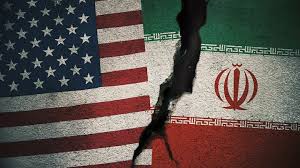 The sanctions against Iran open a new diplomatic and trading conflict between the United States and the European Union.

On Monday, the first group of sanctions imposed by the United States against Iran was enforced, after Donald Trump decided to ignore the agreement reached in July 2015 between the Persian nation and the United Nations’ Security Council member states and Germany to contain the expansion of nuclear weapons in the Middle East.

The sanctions, which penalize the marketing of vehicles and the buying and selling of currency with Iran, open a new diplomatic and trading conflict between the United States and the European Union. In the diplomatic arena, it is worth remembering that after the determination of the U.S. to ignore the nuclear agreement, the EU leaders (mainly the French president and the German chancellor) came to the forefront to defend the agreement, remembering that Tehran has remained faithful to the agreed terms. The agreement has allowed the containment of the Iranian acquisition of nuclear weapons, and at times, has been crucial in addressing other geopolitical issues such as the resolution of armed conflicts in Iraq, Lebanon and Afghanistan. For this very reason, they highlighted the importance of the agreement staying in place, a condition that nonetheless depends to a large extent on containing the effects of U.S. sanctions against the Iranian economy.

This is why, as President Hassan Rouhani predictably anticipated, his nation is going to respect the agreement only if the Iranian interests are guaranteed by the agreement. But if it only ends up being a “document,” they are going to resume the enrichment of uranium at industrial levels, throwing away years of efforts of trying to drive away the nuclear threat in one of the most unstable and troubled areas on the planet. Therefore, the new round of U.S. sanctions against Iran constitutes a litmus test for European diplomacy.

In this regard, experts agree that transnational companies such as Total SA and Renault, who increased their investments in Iran since the signing of the nuclear agreement, will have to reduce their investment in the Persian country, since they also have much bigger interests in the United States. Hence, they could not circumvent the U.S. sanctions. The same thing will happen with the rest of the companies who also have business with the United States.

In any case, in addition to damaging the Iranian economy and certain multinational companies, there is no doubt that in the end the United States government will be harmed the most, since it will detract from its credibility of being a signatory state of international treaties which in turn will undermine its influence in the international arena, just like it did with its controversial breakup with the Paris climate accord. And it is, that, as a well-known saying goes, one is worth what his word is worth.