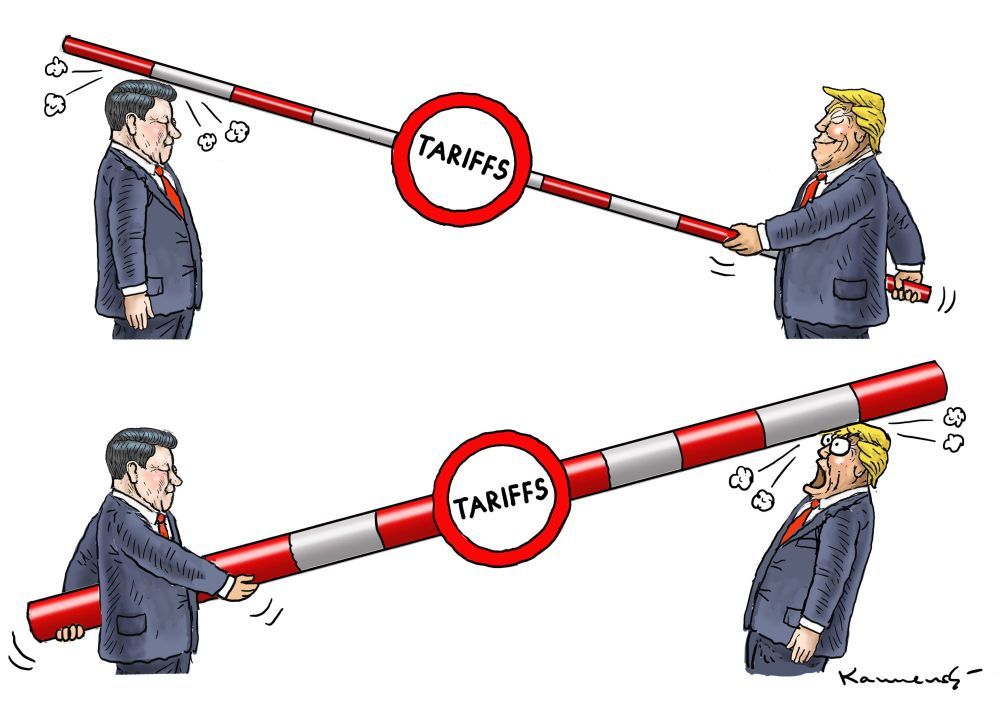 Behind all the confrontation between Washington and Beijing, China’s status as a developing country is in play. As is the future of worldwide economic governance.

The rapid escalation of the tax war between Washington and Beijing is threatening the stability of world trade. If it continues to snowball, the impact of the protectionist wave could bring an end to a long period of economic globalization, with incalculable consequences. We’re not there yet. But, an unprecedented power relationship has well and truly begun between the leading power of the developed world and the leading economy of the developing world. What’s at stake? Worldwide economic governance.

A Rich and Poor Country

With or without Donald Trump, the U.S and most other Western countries are becoming increasingly uncomfortable with China’s rising power. But does power not swing both ways? This is the problem facing the Chinese giant, a country which appears both rich and poor. Rich in macroeconomic terms, and poor if we consider the gross domestic product per inhabitant.

Yet, at the World Trade Organization, Beijing plays the role of an emerging country benefitting from protection clauses within its market, while its economic weight places China in a position to dictate future trade laws. According to Washington, it’s not “fair.” The rules should be the same for everybody.

This sentiment is largely shared by Europe and Japan. It remains to be seen how China, the country which has most benefitted from globalization, will be encouraged to willingly open up more of its market. Trump unilaterally chose the trade war as his weapon in the battle against trade imbalances. It’s a dangerous and absurd choice. Absurd, because this weapon will do nothing to restore balance to a now globalized production chain. Dangerous, because it feeds nationalism.

Hope of an Agreement

But isn’t this the only language that Beijing speaks? The Chinese government has confirmed its intention to respond to U.S. attacks, retaliating blow for blow. China sees itself in a good position to resist. Xi Jinping cannot allow himself to appear weak in the eyes of his Communist support.

The reality is that the Chinese economy is suffering and Beijing must accelerate its reforms – or, more precisely, execute what has long been promised, yet never achieved. At this stage in the game, the hope remains that an agreement will be reached between Washington and Beijing after the U.S. midterm elections. That’s what the market is betting on. A bet on which our future depends.