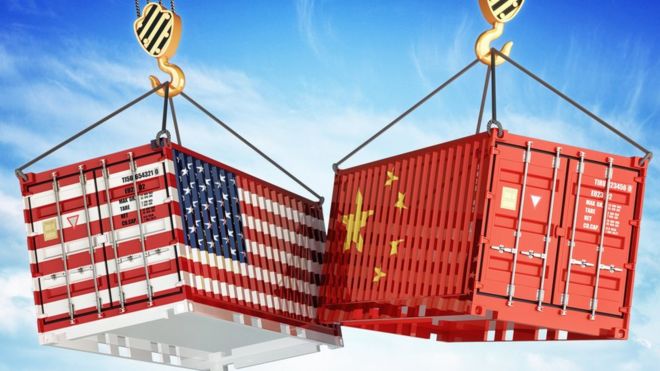 The U.S. has finally pulled the trigger on a full-scale trade war with China. President Donald Trump announced plans to impose a 10 percent tariff on $200 billion of Chinese goods starting on Sept. 24, and to raise that number to 25 percent starting next January. The sudden tariff bomb is intended to give the U.S. the upper hand in the trade war.

Earlier in July and August, the U.S. imposed a hefty tariff of 25 percent on Chinese goods totaling $50 billion, about $34 billion in July and $16 billion in August. China immediately retaliated by doing the same to U.S. goods. When Trump’s promised tariffs hit next January, half of China’s exports to the U.S. will be targeted. What’s worrisome is that the trade war began around the time the two nations were planning to start trade negotiations, foretelling an escalation and prolongation of the trade war. President Trump warned that if China takes retaliatory action, "[The U.S.] will immediately pursue phase three, which is tariffs on approximately $267 billion of additional imports."

The problem is the backlash of the U.S.-China trade war on our economy. The war will not only reduce global trade, but also take a toll on the global economy. South Korea is highly reliant on exports, so if a full-blown trade war breaks out, our country will suffer the aftershock. China’s exports of semiconductors for mobile phones to the U.S. as well as the products used in the manufacture of those semiconductors will be critically affected, as they make up 80 percent of China’s total exports. Analysts report that if U.S. imports from China fall 10 percent, Korea’s exports to China will drop $30 billion.

The global trade war should now be regarded as a constant, not a variable of macroeconomics. As Korea’s domestic demand is on the decline, a fall in exports will throw the country out of the frying pan into the fire. We also can’t rule out the worst-case scenario in which the U.S. may impose customs on all products made in China. Our government and corporations should launch a contingency plan and focus all of our resources on overcoming the upcoming crisis. Our public officials need to put their heads together to save our bacon.