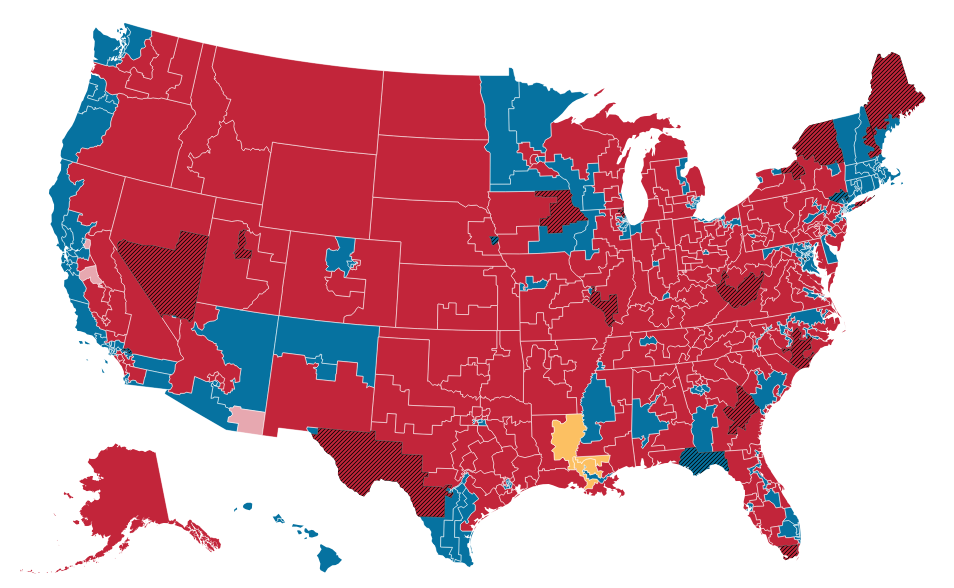 Republican power in Washington has been altered. In the midterms elections, halfway through the term of a president, the Republicans have lost their majority in the House of Representatives. Thus, American democracy functions.

After two years of unparalleled, fierce social debate and an extremely tense campaign, the party that was not in power now has a foot in the door again. With a majority in the House of Representatives, Democrats now have more possibilities to represent the voices of voters that, after the victory of a Republican president at the time of a Republican House and a Republican Senate, have felt inadequately represented. The American system is slightly more balanced again, and the discontent about Trump has been translated into political influence.

For the Democrats, it is important to finally have the majority in the House again after eight years, even though it was not the victory march many had hoped for. But after the defamatory defeat of Hillary Clinton in 2016 and Donald Trump's unwavering attempts to erase the legacy of his predecessor, former president Barack Obama, the Democrats finally have something to celebrate. An opposition that starts to believe in itself again is crucial - and in this sense, the Democratic victory is good for the democratic system.

Two more victories for democracy lie in the results. Turnout was high, and the U.S. Congress is becoming more diverse. More women than ever have been elected to the House. In Congress, Muslim women were elected for the first time, along with a Somali-American and a lesbian Native American. Also, an openly gay governor was elected for the first time. Yet complaints about long lines at the polling stations, bad organization and faulty equipment are unworthy of a prosperous country.

The Republicans can read in these results that they are doing well with their president. It is common that the president takes a hit during the midterms, but in the Senate, the Republican majority has even become larger. On balance, it is a Republican defeat, but no disaster. For a president that likes to rebel against his predecessor, it is good to know that the Democratic defeat after two years of Obama, measured in House seats, was significantly larger. Trumpism has most certainly not been wiped out.

American politics remains polarized. For example, the Democrats now have more possibilities to block legislation and conduct a congressional investigation into Trump's finances. Also, it is possible to further investigate Russian meddling in the presidential elections of 2016. In theory, the Democrats could start an impeachment process but a Republican Senate is not likely to convict Trump.

The elections have demonstrated once again how split the U.S. is. The Democrats are strong on the coasts of the country and in urban areas; the Republicans do well in the sparsely populated middle. The Democrats know that they have a long way to go to reach the White House in 2020 but that it is not unattainable. Trump can continue on the same path knowing that reelection is feasible. Democracy works; the division remains.