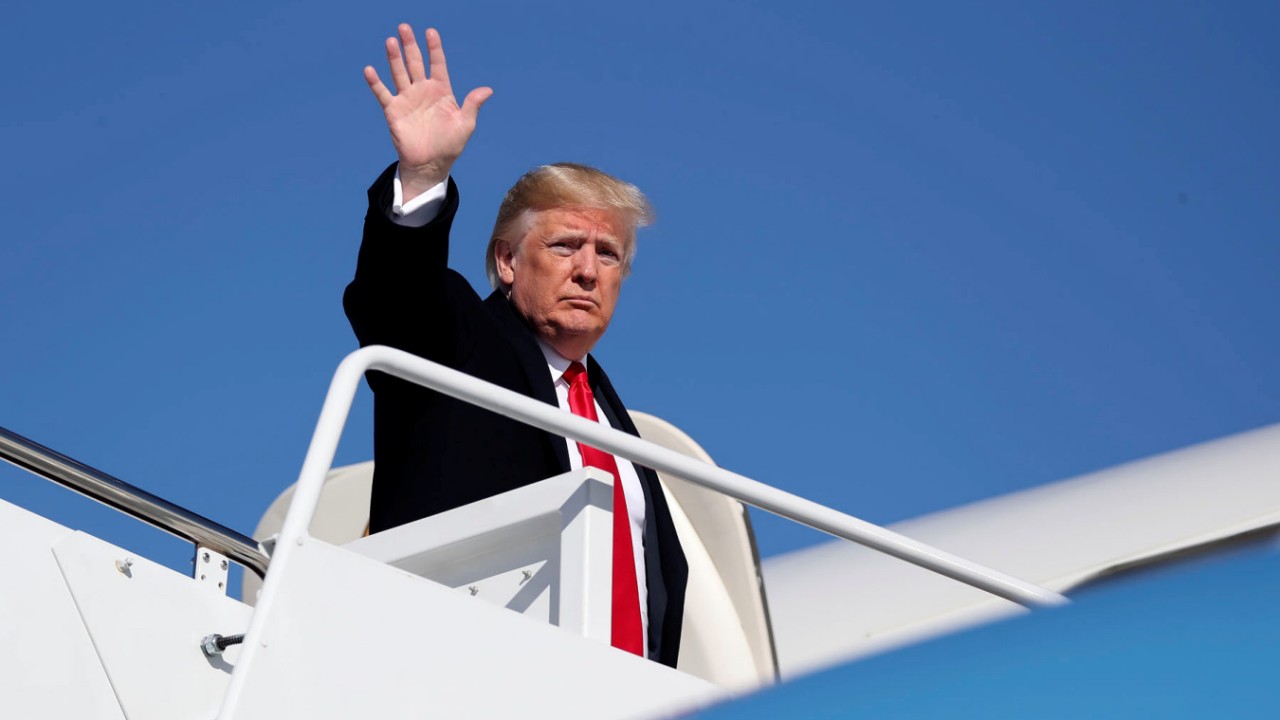 After 100 years, the president has given up America’s role as a keeper of order. Isolation instead of cooperation – that’s what his voters want.

Squirrel Hill is the prosaic name of the district of Pittsburgh where an anti-Semite perpetrated a massacre at a synagogue in late October. The picturesque ensemble of a synagogue, Protestant churches and a Palestinian falafel stall stands in extreme contrast with the cold-blooded crime and the sheer right-wing radicalism of the perpetrator that wanted to free America from immigrants and Jews. On one side we have the America that has long been a societal reality: a country made up of immigrants, many ethnicities and many religions. On the other side, we find the xenophobic America that no longer wants anything to do with this complex world.

It is a remarkable coincidence that the Squirrel Hill massacre, the U.S. midterm elections and the 100th anniversary of the end of World War I all occurred one after the other in the span of a few days, like frames from a film being reeled off too fast. This fast-forward shows something like America’s leitmotif, which, take note, is also the world’s: Which U.S. is it going to be? On what identity is this society of 326 million people going to settle? Which place does this America see for itself in the world?

The Country Revolves Around 1 Issue: Openness or Isolation?

Nobody can pretend to be unaffected if the U.S. renegotiates its influence on the community of nations. Such a great nation, with its unparalleled economic weight and unequaled military power, causes agitation all over the world when it deals with an internal conflict. This conflict is obviously focused on the president, but it has much deeper societal roots. Donald Trump is only the symbol, and the midterm elections have confirmed the diagnosis: The U.S. is deeply embroiled in its brutal societal conflict. The country is revolving around this age’s central issue: openness or isolation, integration or disintegration. Trump's wall is emblematic of this conflict centered on nationhood, i.e., the nation’s protective cloak or identity.

When reflecting on the integrative phase of world history, it is necessary to go back 100 years, when President Woodrow Wilson experienced firsthand the Jekyll and Hyde character of his nation. Originally an isolationist himself (the U.S. entered the war only reluctantly), it was Wilson who, with his Fourteen Points, created the League of Nations, the forerunner of the United Nations, and was awarded the Nobel Peace Prize. However, he then also had to watch as the U.S. did not join this alliance. The isolationist, disintegrative character of the country won out.

Only after World War II did Washington, forced by antagonism with the Soviet Union, begin to play the ace of its persuasive, integrative power. The U.S. became the global hegemon of an order collectively known as “the West,” whose core characteristics were liberality and freedom. It was due to the attractiveness of this model that the Cold War was overcome and the West triumphed as the haven of the perhaps ideal form of government. Alliances and multilateralism, i.e., the attempt to optimize the coexistence of states permanently and in a regulated manner, were the expression of this order.

This century-old endeavor could be celebrated this Sunday in Paris, when dozens of heads of state and government are going to commemorate the end of World War I. French President Emmanuel Macron, never one to be embarrassed by grand gestures, wanted to turn it into a resurrection of multilateralism. However, that gesture looks insufficient in the wake of the information about the true state of the world provided by the recent result of America’s elections.

The US No Longer Plays a Role in Keeping the Order

The American president who will travel to Paris knows less about Europe and wants to have less to do with it than any of his predecessors since 1945. The president winks at autocrats and scorns democrats. The president places himself above the law and denies the free press its rights. Above all, the president has unleashed a mob that lies, stirs up hatred and pursues a mission of destruction.

The philosopher Hannah Arendt has described totalitarianism, demagogy and the power of lies in an easy-to-grasp manner. What she probably never suspected was that her home in exile, the U.S., could so dangerously fall for lies.

Trump is the product of an America that does not want to have anything to do with the world, which does not look back to 100 years ago and would rather declare a couple of thousand Latinos to be invaders than let the FBI pursue the couple of thousand violent right-wing extremists and anti-Semites in its own country. The election result has shown that America's identity crisis cannot be stopped or even turned around. It will further paralyze the country and absorb all its energies.

This means that the U.S will no longer play a role in keeping order in the world as it serves as a model and justification for all those that have no interest in the multilateralists’ order. The collapse of international treaty systems and the attack on alliances such as NATO already show this America’s destructive effects.

Besides, the West’s liberal order never served an end in itself; it was rather an instrument of the U.S. to look after typically American interests: access to markets, military dominance, geographical presence, political following. Trump has given up on this concept in favor of isolation and aggression. His foreign policy aims at an isolationism that America already experienced 100 years ago. The voters have not stopped their president on this road to the past.