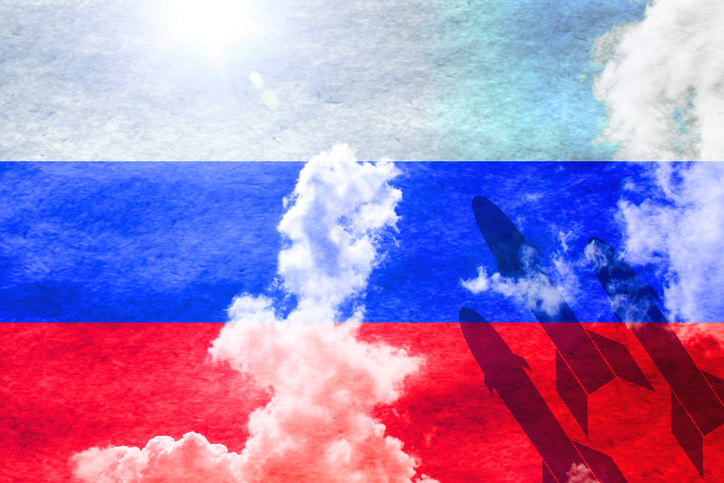 War expert Vladislav Shurigin on what the possible placement of a U.S. base in Eastern Europe might mean in light of the abandonment of the Intermediate-Range Nuclear Forces Treaty

Recently, the politicians in several states bordering Russia have been inviting the U.S. military to entrench themselves in their territories. The desire to have permanent U.S. bases was announced in Warsaw and in Kiev after the provocation in the Kerch Strait. Considering the statements from the Americans regarding their withdrawal from the Intermediate-Range Nuclear Forces (INF) Treaty, such invitations are critically important.

Security in Europe is currently ensured by the fact that there simply aren’t weapons capable of quickly striking the industrial and political centers of European states. And it’s still possible for them to deploy American bases at the borders without the fear of a serious threat to themselves. The “Strip of War” is 500 km (approximately 311 miles, the range of the Iskander complexes according to Izvestia). In this case, the “hostages” are merely happy Balts, unable to think two steps ahead. They don’t care at all that their territory is a target for operational tactical missiles.

In the event that the treaty is terminated, no region of Europe with a U.S. military presence will have any security guarantee. With the advent of medium and short-range missiles, in the event of nuclear conflict, the damage will be spread across the entire area – that is, thousands of kilometers.

Of course, in the case of the deployment of American bases in Poland and other Eastern European countries, you can be happy for the Americans, who will gain a new beachhead. On the other hand, you need to understand that the people of these countries are under the gun. Any one of them could become a potential nuclear desert. We need to remember that medium and short-range missiles always carry rather heavy firepower. They contain warheads with high-power thermonuclear charges. In the event of nuclear war, such warheads will quickly destroy hardened command posts, economic centers and control systems.

So any Eastern European state that hosts such missiles erases itself from the world map. And the politicians aggressively inviting the U.S. military to establish a base are potentially exposing their population to atomic rain. In such a situation, civilians in these countries are no longer hostages. These hostages will have started the shooting.

The level of U.S. security won’t change. The Americans remain seriously drawn to solving their global problems at the expense of Europe. One example would be unleashing a nuclear strike with medium and short-range missiles from European territory. Under this scenario, Europe will have to earn its stripes for the Americans by winning a nuclear conflict.

Placing American short and medium-range missiles near the Russian border will bring the world into a state of war for 40 minutes. This is how long it takes to correctly assess the threat and block the use of strategic forces if it is accidental, such as a computer error for example.

If the U.S. withdraws from the INF Treaty and the states bordering Russia allow the Americans to deploy medium-range missiles, the world enters a state without 20 minutes before war. This is the threshold, and it’s impossible to properly assess a threat in such a short time. Accordingly, any launch signal from the U.S. side will be regarded as a real threat, with all the consequences.

It seems that prudent politicians in Western countries cannot fail to understand the threat that American bases pose to them in light of the rejection of the INF Treaty. In the 1980s, there was a powerful peace movement in Europe. Hundreds of thousands of people went to the demonstrations. And negotiations about these missiles were held under great pressure from the public on both the USSR and the U.S. It’s not clear today what state Western society is in and whether politicians are able to assess these threats. I’m not even talking about the so-called Young Europeans, politicians from Eastern Europe.

Surrounding Russia with military bases along its perimeter is a longstanding U.S. strategy. At the same time, NATO has always refused to negotiate this subject, stating that it’s an internal affair. But the emergence of medium and short-range nuclear missiles fundamentally changes the situation.