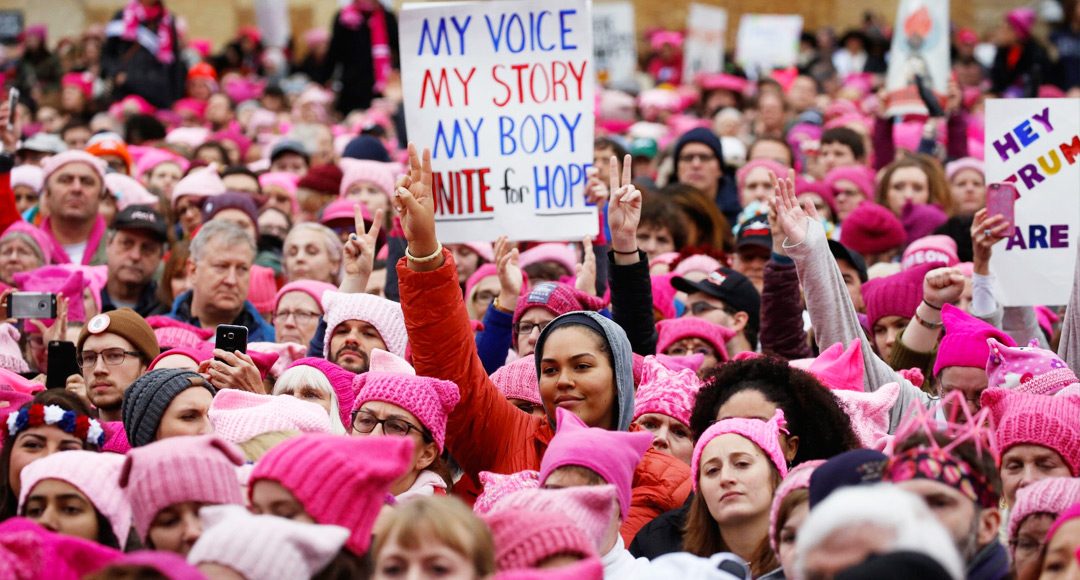 Paradoxically, it became clear that the Women’s March on Washington was imploding precisely the day after the November elections, which saw a record number of female representatives elected to Congress. However, was it inevitable?

The American left considers this rally, which involved 3 million to 5 million people in 2017, the start of the female electorate’s reaction against Donald Trump and a new wave of political mobilization. However, yesterday’s third annual March was snubbed by various 2020 presidential candidates and local committees. Further, there was no event held in Chicago, two separate events in New York, and the Democratic National Committee withdrew its sponsorship.

The major reason was the accusation against one of its leaders, Tamika Mallory, of not clearly distancing herself from the anti-Semitic stance of Louis Farrakhan, head of the African-American movement, The Nation of Islam. One of the founders made the same allegation against another leader, the Palestinian-American Linda Sarsour, a critic of Israeli politics. Then, a Women’s March group in Humboldt County, California, canceled its event because the local leaders were mostly white. Even the symbolic pink cap has recently become controversial.

The crisis facing the March, much like its splintering into other nonviolent movements, reflects the inherent fragility of protests which emerge spontaneously on the web. As Michelle Goldberg, a Pulitzer Prize winner for reporting on sexual harassment in the workplace, writes in The New York Times, perhaps it was inevitable that, “maybe it was always destined to be a moment instead of a movement.”

The group wanted to represent women’s “intersectional” diversity, but what was missing was the dialogue, human connections and compromises that are critical for establishing leaders, recognized objectives and economic power.

Kremlin spokesman Dimitri Peskov said in an interview published yesterday in the weekly newspaper Argumenty i Fakti, “Although it is the largest economy in the world, the U.S. does not have the instruments that can force Russia to renounce its sovereign policy.

“The sanctions (against Russia) have not changed anything,” the Russian president’s spokesman affirmed, adding that the Russians do not have the tools to force the Americans to give up their policies either.

As to the versions circulating in the United States about the existence of an alliance between U.S. President Donald Trump and Russian President Vladimir Putin, Peskov classified them as a “conspiracy.”