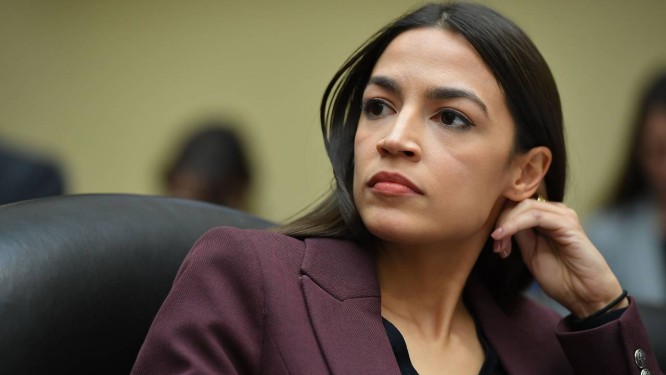 The left wing of Congress sends a letter requesting that the State Department press the Brazilian government.

A group of 32 United States lawmakers issued a new letter last Monday pressuring the White House to urge Jair Bolsonaro’s government to defend human rights and minorities in Brazil. This is yet another action by the most left-wing group in Congress against the new Brazilian president. If the letter this time is not as strong as the previous text, officially sponsored by the House Foreign Affairs Committee, it is now published at a crucial time: two weeks from Bolsonaro’s arrival in Washington. The Brazilian will make his first visit to a colleague on the 17th, when he meets with Donald Trump.*

The document calls on Secretary of State Mike Pompeo to defend human rights in Brazil. “We have been particularly alarmed by the threat Bolsonaro’s agenda poses to the LGBTQ+ community and other minority communities, women, labor activists, and political dissidents in Brazil. We are deeply concerned that by targeting hard-won political and social rights, Bolsonaro is endangering Brazil’s long-term democratic future,” the letter states. “In a clear sign of the dangers faced by the LGBTQ+ community and political dissidents, the first openly gay member of Brazil’s National Congress, Jean Wyllys, recently announced he would resign his position and leave Brazil due to his fears for his safety amidst rising violence and intimidation against LGBTQ+ individuals.”

The group of lawmakers who signed the letter is very close to American labor unions, which have a historical relation with the Brazilian left. In general, these letters don’t generate a profound practical effect. However, at this time, when the Democrats have gained power in Congress, after a major victory in the House in last year’s November midterm elections, opposition like this could create difficulties for the relationship between Brazil’s government and Washington.

Experts affirm that by being so associated with Trump’s government and having a negative view on human rights, the Bolsonaro administration could have difficulties in getting agreements approved by Congress, where approval depends on the votes of the Democrats.

Drafted by the Democratic lawmakers Susan Wild (Pennsylvania) and Ro Khanna (California), the document was signed by 30 other members of Congress, including Democratic Rep. Alexandria Ocasio-Cortez, the youngest lawmaker in the history of the U.S. Congress, and a new leader of the American left. “We must stand with the Brazilian people – especially with so many of Brazil’s dissidents, labor activists, and other fighters for justice and equality risking their safety to speak out against the resurgent forces of authoritarianism, xenophobia, and division,” wrote Wild in defense of the letter. “Sec. Pompeo must publicly highlight the importance of defending human rights in Brazil. I implore him to make it clear to the government of Brazil that the U.S. finds Bolsonaro’s threats to the LGBTQ+ community, women, labor activists, and political dissidents in Brazil unacceptable,” Khanna wrote.

*Editor’s note: Jair Bolsonaro met with President Donald Trump in Washington on March 19, 2019, after the publication of this editorial. The editors feel that the perspective in this article remains relevant.