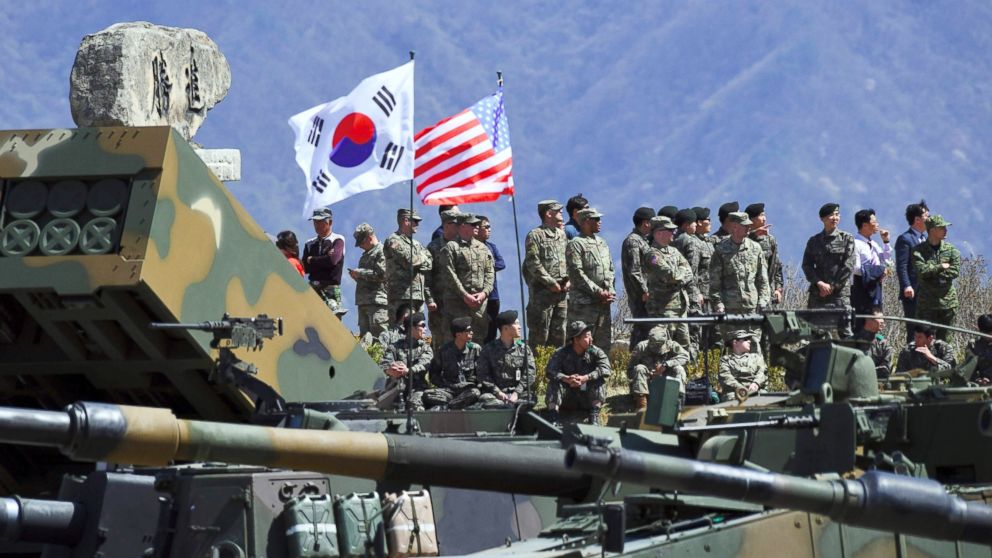 U.S. President Donald Trump is reportedly reviewing a plan to shift funds away from projects to construct facilities for U.S. troops stationed in South Korea in order to pay for a border wall with Mexico. The U.S. Defense Department’s list of military construction projects that could be cut to pay for Trump’s border wall, which was recently provided to U.S. Congress, includes hundreds of both local and international projects valued at $12.9 billion — among them is a command and control facility located at Camp Tango in Seongnam, South Korea, and a hangar for drones at Kunsan Air Base. Command Post Tango is the headquarters of U.S.-South Korea Combined Forces Command where any contingency on the Korean peninsula would be commanded and controlled from, functioning as the brain of the system. If both projects lose funding, the Combined Forces Command’s capability will very likely be affected. Trump, who declared a national emergency to fund his southern border wall, is now poised to try budgetary tricks to divert military construction money to the wall as he faces opposition on Capitol Hill.

Meanwhile, Washington’s funding diversion attempt clearly shows where the current U.S.-South Korea alliance stands: Fissures have been deepening within it. As a matter of fact, there has been some discord between the two allies regarding South Korea’s deployment of Terminal High Altitude Area Defense system, or THAAD, and they have also experienced cognitive dissonance over burden sharing for U.S. troops stationed in the South. In addition, annual joint military exercises between the two countries, which are designed to increase their capability to respond to a variety of military contingencies on the Korean peninsula, have been cancelled, partly due to Trump’s dissatisfaction with its portion of U.S. alliance costs, raising security concerns. The political climate on the Korean peninsula makes it difficult to expect what may come since Trump’s second summit with North Korean leader Kim Jong Un in Hanoi, Vietnam, ended without a joint agreement.

As the possibility of diplomatic resolution to North Korea’s nuclear threat seems even further away, and the rift between Washington and Seoul over easing pressure and lifting sanctions on Pyongyang has deepened, the relationship between the two allies has deteriorated to its worst levels — it is difficult to find common ground between the two sides on elements of a military alliance, including values and common security interest. Under these circumstances, it is obvious that America’s key alliance will be difficult to maintain.

If the U.S.-South Korea alliance breaks down, the two allies’ biggest challenge of denuclearizing North Korea will be untenable, and this certainly will not help protect U.S. national security as well as that of South Korea. Therefore, it is time for the two sides to put effort into overhauling their decades-long military alliance and closing fissures within it for their own national interest.