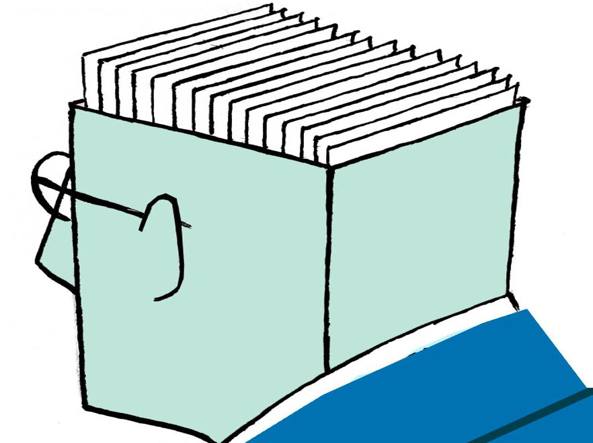 Social networks record everything. However, while they keep data that can be used against us, they are starting to delete the rest.

“As a result of a server migration project, any photos, videos, and audio files you uploaded more than three years ago may no longer be available on or from MySpace. We apologize for the inconvenience.” After a long period of silence, the world’s first great social network (which was later wiped out by Facebook) admitted to having recently deleted data that had been entrusted to it between 2003 and 2015, including 50 million music tracks recorded by 14 million artists.

This case is not an outlier. For years I have been telling my children over and over again that they should be careful about the pictures they post and the things they write on social networks. In the digital era, what is uploaded to the internet is indelible: An unbecoming picture or a post about a youthful stunt may compromise a job opportunity or one’s college admission should it emerge years later. Actually, “indelible” is not the right word. I should have said “relentless.” While data that can be used against us is generally retained, since it still has value, other memories from our lives that are dear to us but no longer have a monetary value (such as music, stories and texts) are starting to be deleted.

On paper, it all seems justified: MySpace blamed a technical problem, while Tumblr, after deleting a large number of blogs without warning, explained that it has a new policy that bans “adult content.” Nevertheless, many are protesting over the removal of material that was in no way pornographic or sexual. Even Google, after giving adequate notice, has now started deleting content from the Google+ platform. Sure, sometimes this happens to zombie websites, such as MySpace, which are still online but reduced to an empty shell, or to contents which people rarely look up. However, these are still important parts of our memory.

Additionally, there is an increasing number of unhappy instances, such as the ones concerning parents losing the chance to listen to the voice or the music of a son or daughter who died young. Thus began the race against time for volunteers from the Internet Archive: philanthropists trying to preserve memories that risk being deleted. This endeavor will amount to an attempt to empty the ocean with a bucket though if, as experts foresee, sooner or later YouTube and the other social networks will start to slim down their archives. It will not be an apocalypse for digital memories, but those who live online must know that the internet does not think, does not feel and only remembers what it wants to remember.