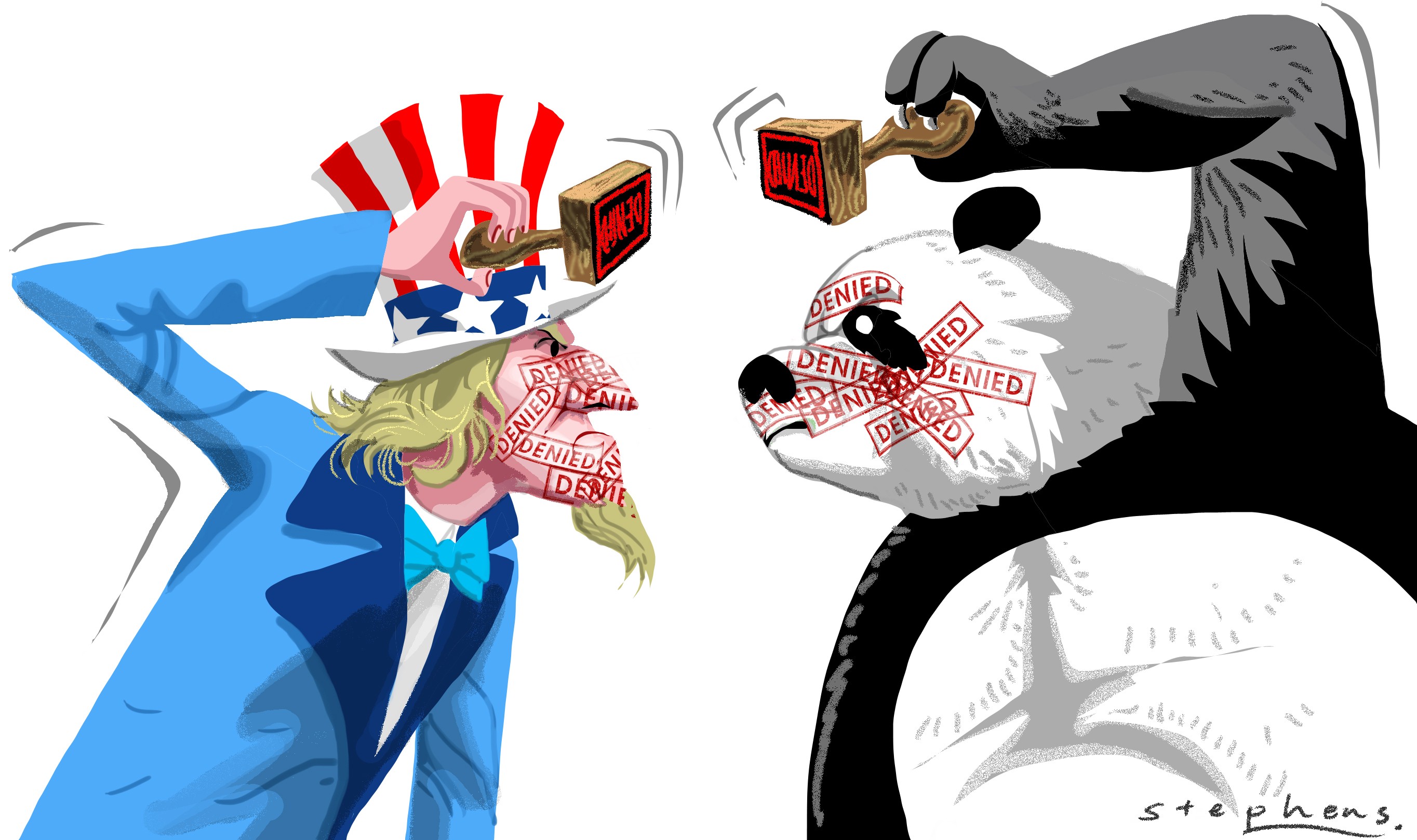 According to the Global Times, since 2018, the number of Chinese social science scientists whose visas have been revoked and whose visit has been blocked by the U.S., or who have been harassed by the FBI, is far greater than the number reported by The New York Times. Wang Wen, executive director of the Chongyang Financial Research Institute of Chinese Renmin University, indicated that altogether, at least 280 Chinese social science scientists have been treated unfairly.

These Chinese scholars have rarely publicized their experience through the media. Some of them told the Global Times that they do not want to further negatively influence public opinion in China with respect to U.S. relations because of their personal experience. We suspect that some scholars chose not to speak publicly because they feel it is not a good thing for them personally and disclosing the problem will not help solve it.

Imagine what would happen if Chinese security officers asked a group of the most influential Chinese scholars from America to cooperate when they visit China by threatening to cancel their visas? Most of them would speak out, the American media would go crazy, and it would lead to a diplomatic conflict between China and the United States.

Chinese scholars who have been harassed by the United States are from Chinese mainstream think tanks and universities, and are very influential. Their modest response reflects the different attitudes that China and the United States have about the conflict between the two countries as a whole. Chinese society believes in the idea that it should not provoke or escalate conflict. Escalation of conflict between China and the United States in recent years is entirely the result of repeated pressure from the U.S.; China is the rational party safeguarding the overall bilateral relation situation.

The United States has crossed the line indeed. However, we would like to point out that its insolent approach is not as strong as the U.S. thinks it is. In fact, the China-U.S. trade war is a very good example of this point. The U.S. swung the stick casually at the beginning, but it seriously underestimated China's determination and ability to counter. If an agreement between China and the United States is to be reached, the need for the United States to respect China’s strength must play a role.

Earlier last year, many people in China believed that we should try to "understand the U.S." when confronting provocation by the United States, and that China should also reflect on its own behavior. Moreover, some public opinion at that time was that acting modestly toward the U.S. was a sign of a country that was open. But now, the number of people who support this opinion is clearly decreasing. There are obviously more and more people who believe the U.S. is too unreasonable and support a resolute counterattack.

What is certain is that if the Chinese government adopts a tough stance against the United States, even if it risks causing serious escalation of the conflict between China and the United States, China will still receive much more support among Chinese society than it did a year ago.

The good image that the United States has created in Chinese society for a long time is being ruined by the elites who dominate U.S. politics. These elites are destroying the basis on which the Chinese were favorably inclined toward the United States.

We want to remind those American elites that they should not think such unscrupulous destruction of relations will have no consequences. Restraint is a brake that is indispensable for any diplomatic machine. It is equally important to the national interests of the United States.

No matter who does it, anyone who leads China and the United States to a full-on confrontation will be considered a sinner by history. I hope that the American elites will act vigilantly and responsibly so this does not ruin the 21st century.