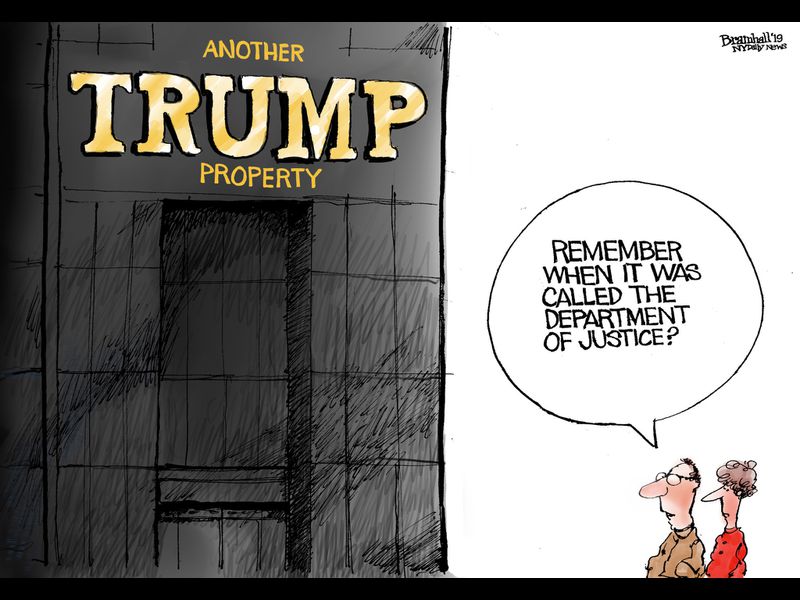 Over the last two years, Robert Mueller has been the most secretive man in the higher echelons of Washington, with a leak-free team which has not let slip even one word of the information at their disposal. Next week, the public could have the opportunity to listen directly to what the man himself thinks about Donald Trump’s attempts to obstruct his investigation and about the issue of Russian collusion during the election, listening to Mueller testify under oath, answerable only to Congress. That is, if Trump lets him.

The swift U-turn in mood from apparent indifference at Mueller’s testimony, to being vocal in his conviction that Mueller should not testify as soon as the prospective date of May 15 was announced, is proof of how panicked the president is. The use of capital letters in his tweet once again betrayed his agitated state: “There was NO OBSTRUCTION! Bob Mueller should not testify, why would the Democrats in Congress now need Robert Mueller to testify?”

To start with, the reason is that no one knows if the special counsel was harassed by the president during the past two years of the investigation, as could be inferred from Trump’s tweets and public statements. The decision not to charge Trump with obstruction of justice was not made by Mueller, but by his boss, Attorney General William Barr, a political officer appointed by Trump in the last phase of the investigation in order to take back control.

Barr, 68, agreed to risk his reputation and become the instigator. The four pages in which he summarized the 448-page Mueller report should have satisfied Trump’s desire to be publicly exonerated, but they did not. Instead, Mueller received a letter from White House lawyers attacking the integrity of the investigation which they called political, or in Trump’s words, a witch hunt.

Barr’s decision to ignore a congressional ultimatum to present the complete report, rejecting the request from Congress by exonerating Trump during a press conference, using the same language as the erratic president, should have calmed Trump down. Yet this did not happen either. These days, Barr is gambling with the last shred of his integrity. After having said publicly to both the press and Congress that he would allow Mueller to testify, he has now fallen into line and banned Mueller from doing so. Barr will remain a subordinate without the slightest amount of dignity. Additionally, Barr can only postpone Mueller’s testimony, as next month the special counsel will stop being his employee and the only way to stop him is to take him to court.

That is where we could next see them appear, because this Tuesday, the House Judicial Committee will vote on whether to hold Barr in contempt for ignoring a subpoena to hand over the full unredacted report. If the committee votes to hold Barr in contempt, the decision will pass to the full House, where there is only one case in which a cabinet member was charged with contempt.*

One person who has already passed beyond the court stage is the president’s lawyer, Michael Cohen, who yesterday started a three-year jail sentence for tax evasion, fraud and campaign violations. Trump does not know that, while this sends a signal that those who betray him may pay dearly, the history of alliances and betrayal in this West Wing has only just begun.

*Editor’s note: The House Judiciary Committee voted on May 8, 2019 to hold Attorney General William Barr in contempt of Congress for his refusal to turn over the full unredacted Mueller report.