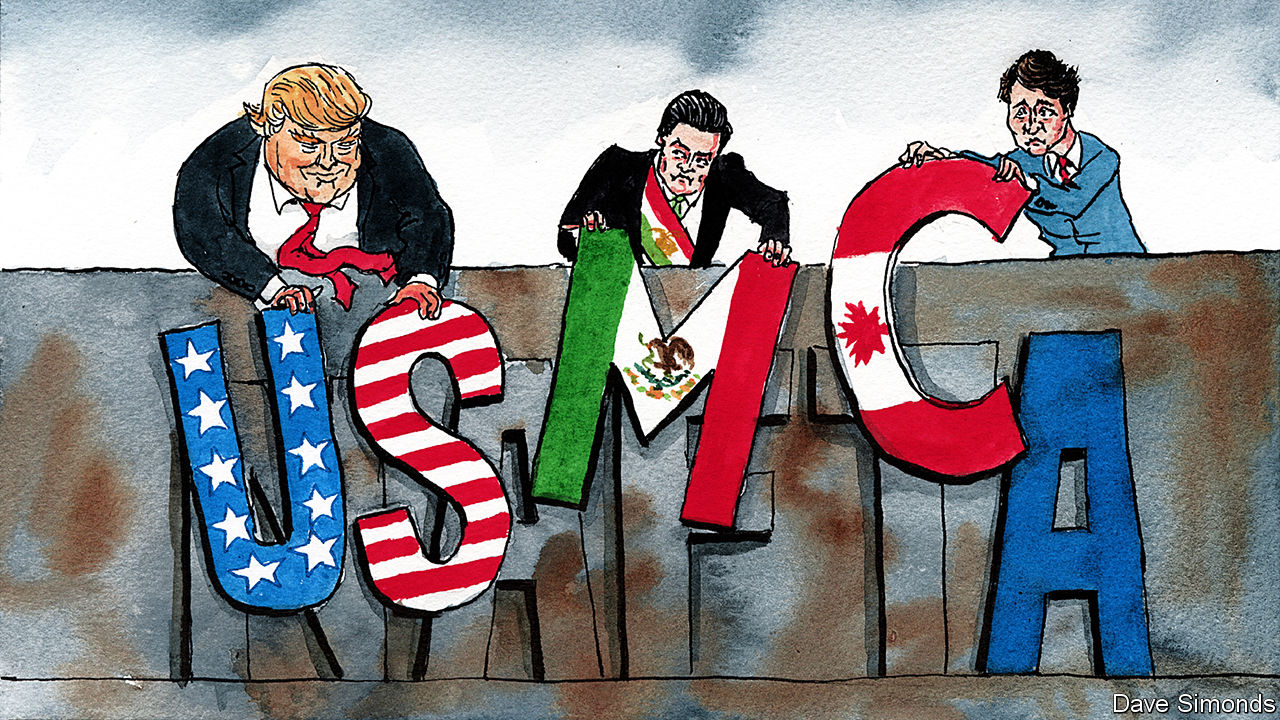 The path has already been cleared. The Mexican Senate has authorized the North American Free Trade Agreement II, which President Donald Trump rechristened as the United States-Mexico-Canada Agreement. The prior agreement will continue until the new treaty goes into effect, which depends on its ratification by the other two parties.

Although the Democratic Party in the United States, which opposes the current administration, wants to postpone the process, North American industrial and financial interests favor the treaty and they will prevail.

The changes that Democrats want regarding environmental and labor issues could change the text approved by the Mexican Senate, but adding supplements or parallel agreements regarding these matters would resolve the problem adequately. The new treaty appears on an international scene full of political, economic and social contradictions.

President Trump, proclaiming “America First,” withdrew from the Trans-Pacific Partnership under the flag of self-sufficiency and the rejection of multilateral instruments of any type. In contrast, the strategic advantage of consolidating a multifaceted regional force firmly attached to its purposes explains why Trump promotes the continuation of NAFTA in a new version, in spite of all his rhetorical condemnation in his election campaign.

It is wise to mention that there are considerations related to Mexico’s interests:

NAFTA II seeks to merge goals by harmonizing regulations regarding trade and investment. The uniformity of salaries in certain automotive manufacturing sectors and regulations on pharmaceutical issues go side-by-side with the U.S. interest in dominating the continental grain market. Combining the components of our development with the interests of the U.S. is at the center of their conception of NAFTA II.

The agreement includes a disguised policy element that assumes Mexico will inform our partners of any intention to sign an agreement with a country that does not respect the norms of free trade. The U.S. has already taken advantage of tariff issues in the delicate immigration problem, not to resolve those issues but certainly to use them as leverage in our immigration policy, which is contrary to U.S. policy, as President Andrés Manuel Lopez Obrador has already noted.

Identifying ourselves in symbiosis with the development and growth of the U.S. does not have to be our destiny. The U.S. has its own agenda, definitely conceived and directed at extending and strengthening its hegemony.

Furthermore, NAFTA II underlines the clear evolution, since 1994, toward undermining our Latin American historical vision. Placing Mexico in North America does not mean that this document chains our perspective to the economic interests of the other two countries that we share the continent with.

Given the reality that the U.S. path does not completely coincide with the Mexican attitude, which is oriented toward what best contributes to international harmony, the U.S. president must know that Mexico does not feel obligated by NAFTA II to agree at all times with Washington’s decisions on matters of regional or international cooperation.

Relationships with Europe on environmental issues, strategies to mitigate immigration challenges and fighting crime syndicates are separate issues. Our international relationships respond to our own viewpoint.

The attitude of President Lopez Obrador is surprising in that he does not take any issue with the insults and broadsides that President Trump has launched against Mexico. To everyone’s amazement, Lopez Obrador has said on numerous occasions that he does not see any reason to be angry at these. Our president's evangelical passivity diametrically contrasts with the reaction that was expected when he was inaugurated.

Some people within our government could go along with the idea that the new NAFTA is one more step in the direction of a true North American community. It must be very clear that NAFTA II is only a trade agreement, expanded as desired, but anchored in the subject that is proper to it.