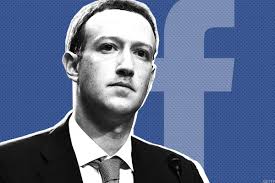 Facebook’s founder is urging politicians to intervene and set limits, but politicians do not know how to react.

Mark Zuckerberg is changing direction. After having spent two years under attack over an endless chain of mistakes and privacy violations as well as the incapability to filter out the fake news that is disseminated on his platforms which has altered election campaigns all over the world and has stoked racist hatred, Facebook’s founder has stopped apologizing and promising to do better in the future. Instead, he is urging politicians to intervene and set limits. And it’s not the first time. Zuckerberg has said in the past that his business was ready to comply with a “reasonable” set of federal regulations.

However, the other night, during a debate at the Aspen Ideas Festival, he went a step further. He admitted to being unable to counter attacks such as the ones orchestrated by Russian hackers under the Kremlin’s control. He also opened a new chapter, deep fakes. These are videos that are faked to appear as if famous people did or said things that they never actually did or said. Zuckerberg cautioned that this category is completely unlike the simple dissemination of fake news, and that therefore, it requires different defense systems.

Facebook's CEO has also avoided apologizing for an incident that occurred in May involving the circulation of a video in which Nancy Pelosi’s movements had been slowed down to make her look drunk. After having been attacked by progressives and conservatives over errors and violations, but also because Facebook deleted posts that were deemed racist or, at any rate, unacceptable, an act which the far right perceived as censoring its activity, Zuckerberg is throwing the ball back into the politicians’ court. Politicians have no idea how to respond now that they have been asked to do their part for the first time. Thus, the role of the emperor who has no clothes has been transferred from Zuckerberg to Congress, where there are no majorities nor effective bills to discuss.

In the meantime, at the White House, Trump is taking a menacing stance for the first time and threatening to sue Google and Facebook. His goal is not to better protect citizens and once again enforce the antitrust regulations that have been inexplicably set aside thus far, but rather to punish two businesses that he accuses of being sympathetic to the Democrats. While Congress is paralyzed by preelection conflicts (and with the Democrats divided between those who propose limited rules and a radical left that is instead set on breaking up digital monopolies), there is a risk that the future political and social impact of technology will be mainly determined by the president's sudden attacks.