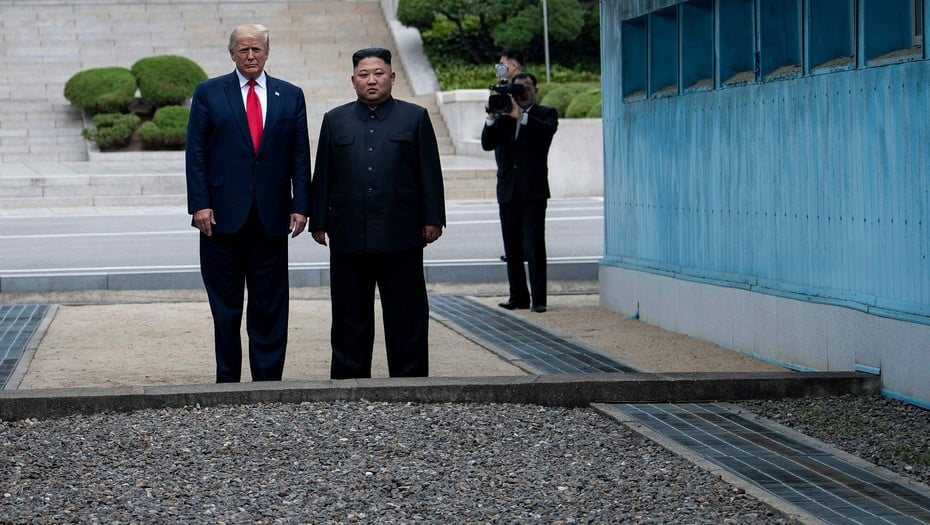 If anything is characteristic of U.S. diplomacy, it is the theatrical stamp Donald Trump puts on it. Recently, however, his trademark “maximum pressure” strategy may have run into a roadblock. At the Group of 20 leading and emerging-market nations summit in Singapore, with everything indicating that the conflict with China would reach its limit, Trump announced a “truce.”

This means that the arm wrestling will continue: Washington will keep the supplementary tariffs in place on $250 million of Chinese exports, and Beijing will do the same on $110 million of U.S. exports. Nothing will change.

China will maintain the subsidies to its state-owned enterprises. It reiterated that it will increase its agricultural purchases, and it announced that as of July 30, it will reduce the restrictions, in some sectors, on foreign investment. Finally, on the strategic question linked to scientific and technological supremacy and encapsulated in the Huawei affair, Trump’s commitment was vague: U.S. providers can resume sales of certain components for the phone system, on the condition that national security is not affected. But the list of prohibited and permitted products is unknown. Complete ambiguity.

A few days later, the Trump theatre reopened in Korea. “Twitter diplomacy” suggested a meeting with North Korean leader Kim Jong Un. Since he was on a visit to South Korea, why not extend the trip, incorporating a historic first: a U.S. president setting foot in the demilitarized zone between the two Koreas, for the first time ever.

The scene was carefully set: the surprise had to have dramatic impact. But there were doubts: U.S. Special Representative for North Korea Stephen Biegun was already in place in Seoul. Was his presence coincidental?

Iran is another testing ground for White House diplomacy. Fulfilling his campaign promises, once he was in office, Trump withdrew from the agreement regarding Iran’s nuclear program. In this way, he satisfied two allies, Israel and Saudi Arabia. However, the method of “maximum pressure” still has not delivered the hoped-for results. Washington has not succeeded in getting the remaining signatories of the agreement, China, Russia, Germany, the United Kingdom and France, to cut their ties with Tehran.

Moreover, the idea of arranging a system of commerce that does not include the dollar, avoiding the SWIFT mechanism for bank transfers, is slowly taking shape. In the specific case of Europe, that format has a name: INSTEX.*

But it doesn’t all end there. Only a few days ago, India, one of the principal U.S. allies in Asia, was hit with sanctions. Trump rescinded the agreement under which India benefited from the advantages of the Generalized System of Preferences. The move also put Narendra Modi, the recently reelected Indian prime minister, on notice. For Trump, alliances are fragile, and they are viewed through the lens of trade surpluses and/or faithfulness to the central ideas of Trumpism.

In an election year, trade performance is the only thing that Trump is interested in, so he can consolidate the contract that unites him with his protectionist voters. Because of that, it will be up to the Democrats to critically appraise how foreign relations are being managed. And if indeed foreign affairs are not very significant, they will still carry some weight, because they have to do with the U.S. national interest.

Trump has achieved perhaps his greatest success in Mexico. It is up to President Andrés Manuel López Obrador to interpret his neighbor’s Realpolitik doctrine and get the U.S. to purchase Mexican products in return for Mexican anti-immigrant policies. But on other fronts, the results are not clear. With the agriculture vote in mind, Trump is maintaining his bet on China. In the plenary at the G-20, he announced that “China will be buying a tremendous amount of food and agricultural product. They will start that very soon.” In parallel, speculating on the election, Trump levied tariffs on products from India. Between containing China in South Asia and the elections, he does not hesitate.

“Maximum pressure” has not worked in North Korea. A U.S. president has never legitimized the eccentric Pyongyang regime to so great an extent. Though he has condemned the Iranian nuclear program, there has been very little success in turning back the North Korean nuclear and missile program. Until the dramatic greeting between Trump and Kim in the demilitarized zone on the Korean Peninsula, the U.S. maintained that before moving forward into any kind of negotiations, Kim would have to promise “complete, verifiable, and irreversible denuclearization.”

If there were no breakthroughs, Biegun, the U.S. representative who accompanied Trump, did acknowledge that there were developments: "There will be progress simultaneously and in parallel."** Here is what Kim demands: compromise on both sides and the lifting of sanctions in return for progress on the nuclear issue.

Finally, Trump has not succeeded in altering the will of the Iranians. Russia, China and the Europeans want to preserve the nuclear disarmament program; they support the lifting of the economic sanctions that Iran was promised.

Trumpism must be realistic. In the campaign, there were promises of no more wars and withdrawal from the Middle East. Washington is now paying for its error. It was wrong to invade Iraq, and Iran benefited. The second mistake is that John Bolton and Mike Pompeo, who put Saddam Hussein in his grave, are now promoting regime change in Tehran. The ghosts of the past are emerging: should the U.S. invade Iran? Jimmy Carter paid dearly for his uncertainty when the monarchy fell The U.S. embassy was occupied, he couldn’t get reelected, and Reagan took the White House. Does Trump understand this?

*Translator’s note: SWIFT, the Society for Worldwide Interbank Financial Telecommunication, is the established system; INSTEX, Instrument in Support of Trade Exchanges, is an alternative system set up by Germany, France and the U.K., primarily to facilitate transactions not in compliance with U.S. sanctions on Iran.