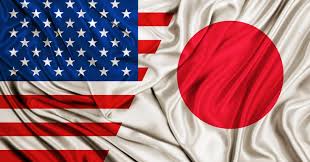 While in Osaka recently for the Group of 20 summit of leading and emerging-market nations, President Donald Trump spoke at a press conference afterward to denounce the U.S.-Japan Security Treaty as “unfair,” since Japan has no obligation to defend America. He further told the audience that he had told Prime Minister Shinzo Abe this needed to change.

It may be a shocking statement, but how should we respond? I believe that, to further develop the Japanese-American relationship, we should take this chance to begin preparations to revise the Security Treaty.

The current Security Treaty, which is a revision of the original 1960 agreement, is meant to ensure peace and security in the Far East. Both Japan and America cooperate to a great degree in two ways to meet this objective. First, Japan leases its military bases to American troops. Second, both countries protect each other within Japanese territory.

Japan’s capacity for defensive cooperation is limited, and while America contributes to Japan’s defense, Japan only needs to defend the U.S. Army within Japan. The Security Treaty could also be seen as unfair to America in that Japan does not cooperate in defending American territory.

The great meaning that Japan’s cooperation holds for America’s international strategy and security compensates for the imbalance in cooperation, as is, of course, well known. Therefore, the treaty as a whole is well balanced in terms of cooperation, but on the face of it, the balance of cooperation is asymmetrical; so in fact, there are points in the treaty related to reciprocity and fairness that displease both Japan and America.

In response, both countries strengthened the treaty after its revision by adding various assistance agreements, like a “considerate budget” for American military bases and guidelines for Japanese-American defense cooperation. These efforts have had substantial success, and if we consider the Japanese-American alliance in light of these additional assistance agreements, then it is not difficult to refute the charge of unfairness if the alliance applies only to the Far East that the treaty mentions.

However, as both countries entered the new millennium, they aimed to develop the alliance into one for the world. In recent years, the scope of cooperation under the alliance has been greatly expanded under the concept of a “free and open Indo-Pacific.” It is no longer just about the Far East, where America has no territory; cooperation has expanded to a place where America does. Now that this has occurred, it is no longer so easy for Japan to explain the fairness of a security treaty that doesn’t pledge Japanese cooperation in the defense of any American territory.

But think about it carefully. Suppose America were attacked right now. Either constitutionally or practically, Japan would likely do whatever it could to cooperate in America’s defense. In reality, this is what happened when America was attacked by terrorists at the beginning of the millennium.

In this case, would there be a problem if the Security Treaty made such a pledge? In the 18 years since the coordinated 9/11 attack on America’s core, the actions Japan could take in America’s defense have certainly increased.