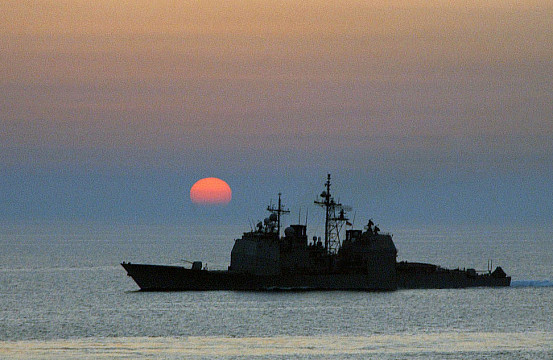 The high-stakes incidents taking place in the Gulf show there is an international consensus, especially between the U.S. and the U.K., about cooperating to stop Iranian threats and attempts to obstruct shipping in the waters of the Gulf.

As these events demonstrate, the U.S. and the U.K. are closing the gap between their positions on how to confront Iran in the Gulf. This convergence does not preclude differences of opinion about the means and severity of confrontation.

The recurring tensions in the Gulf region have undoubtedly created points of agreement, as well as conflict, between the U.S. and the U.K. which are not easily resolved. However, this attention strongly demonstrates a shared desire to strengthen U.S.-U.K. relations in the region, which contains many economic and geopolitical interests for both.

It is possible to consider the Gulf an arena for U.S.-U.K. competition over the years. Since the 1970s, it has been clear that the U.S. and the U.K. have viewed each other as competitors in the region, rather than partners capable of entering into an alliance.

In spite of that, whenever crises intensify, the U.S. and the U.K. inevitably look to one another. It’s possible to consider the invasion of Kuwait, and the U.S.-U.K. alliance to expel Saddam Hussein’s forces from there, as proof of this. However, it is an exception, not the rule. Both the U.S. and the U.K. view the Gulf region as a current and future investment which should not be squandered.

The U.K. is tied to the U.S. by a special relationship. Over the years, this relationship has been subjected to several tests in various regional matters, including the Iranian nuclear deal, which the U.K. defended. Since World War II, relations between the two countries have been stable, as long as Washington and London have cooperated in pursuit of their interests on major issues.

Relations between the U.S. and U.K. are unique. Even President Donald Trump recently described the relationship as such, saying that the countries were able to establish the greatest alliance the world has ever known. However, the durability of the relationship has been exposed to several difficult tests which have shown the underlying strength of the alliance between the two countries.

The discord between the U.S. and U.K. extends beyond issues and interests in the Gulf. The future holds more challenges for U.S.-U.K. relations in many other matters. For example, the U.K.’s exit from the European Union in the coming months will exacerbate U.S.-U.K. relations.

According to some analysts, Brexit will decrease the U.K.’s international importance and its value as a strategic ally and trade partner of the U.S. Others, citing the depth of U.S.-U.K. relations, see the current differences of opinion between U.S. and U.K. policies as tied to political personalities, and do not think it will affect the relationship.

The anticipated collapse of U.S.-U.K. relations is unlikely for economic, cultural and investment reasons. The countries are each other’s biggest investor, sharing cultural values and bound together by important intelligence ties. Now, the question is: What is the future of security in the Gulf amid the challenges facing shaky U.S.-U.K. relations?

The Gulf region, which faces unprecedented geopolitical challenges today, is looking to both countries, particularly the U.S., with confidence. The Arab Gulf wants there to be harmony between its allies on the issues facing the region, such as those concerning Iraq, Syria and Yemen, as well as Iranian intervention in these countries and its effect on the Gulf’s security.

U.S.-U.K. policies regarding these matters, as well as coordinating security between the two countries and the Gulf nations, are important issues for regional safety and U.S.-U.K. interests. This coordination will ensure that the U.S.-U.K. relationship persists in spite of the political tension and economic competition between them.