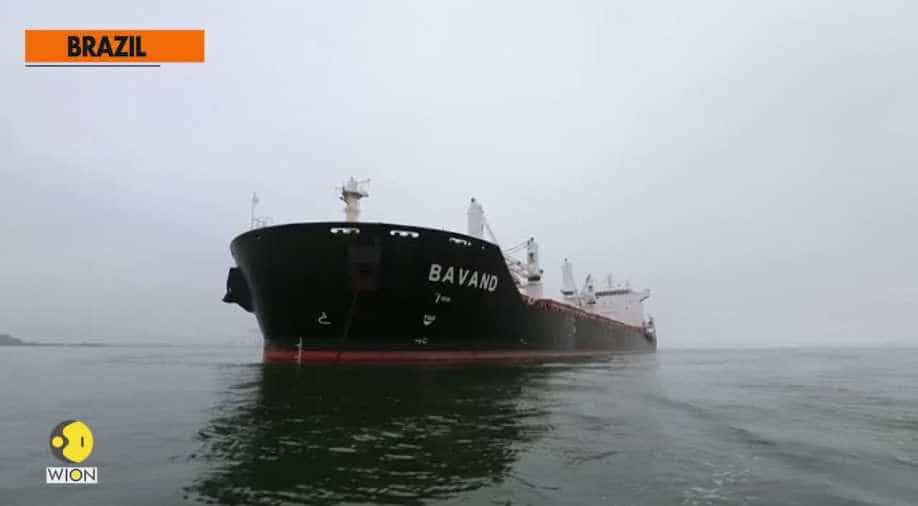 The president’s voluntary alignment with the U.S. exposes Brazil more than necessary

The episode in which two Iranian ships were detained due to lack of fuel near the port of Paranaguá, in the state of Paraná, Brazil, called attention to the uncertain direction of Jair Bolsonaro’s foreign policy.

The ships brought urea and were to return filled with corn. This is included in the United States’ sanctions list on the Middle Eastern country – while the transportation of food is not punishable.

Those who cooperate with the operation of the ships are, thus, subject to secondary sanctions. Petrobras, an almost monopolist supplier of naval fuel, denied filling the cargo ships’ tanks.

The oil giant had good reasons. Since, in 2018, the U.S. left the multilateral pact destined to avoid letting the Iranian nuclear program develop an atomic bomb, Washington has increased pressure on its adversary.

That includes punishing anyone who collaborates with Tehran. An open capital state company listed on the New York Stock Exchange, Petrobras has a responsibility towards their shareholders and must avoid the risk of sanctions.

The government, despite being its controller, does not have absolute powers over the company. Therefore, Bolsonaro just had to let the dispute play itself out with a legal outcome – which ended up happening when the Federal Supreme Court determined the refueling of the vessels.

But the president does not favor restraints and, after evoking the risk of sanctions, he highlighted alignment with Donald Trump’s administration.

If Brazil deserved criticism when it was ruled by the Worker Party (Partido dos Trabalhadores) due to its friendly policy towards Iran, helping to play others’ war drums does not align with the country’s tradition, either.

In addition, there are potential tangible losses. This year, the Persian nation was responsible for the fourth largest surplus on the Brazilian trade balance and it is the greatest external destination for our corn.

During visits from Americans and Israelis in 2019 to defend their hardening stance toward Iran, the Brazilian government reiterated that only a change in understanding by the International Atomic Energy Agency about Iranian intentions would make Brazil change its attitude.

That could even happen, given that the ayatollahs have been taking more radical positions. However, so far, diplomats’ prudence, supported by the military summit, prevailed.

The volunteerism that Bolsonaro expresses, inspired by the so-called ideological environment that Chancellor Ernesto Araújo pontificates, threatens to break this delicate balance.