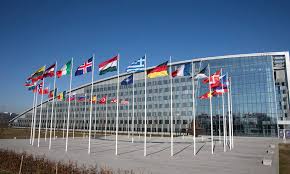 The Intermediate-Range Nuclear Forces Treaty signed in 1987 was quite timely, mostly because it intended not only to reduce a certain class of nuclear weapons, those with a range of 500 to 1,500 km (311 to 932 miles) but because it intended to ban them altogether.

If one looks closely, stock exchanges and markets around the world are much more agitated over Donald Trump’s capricious tariffs and Boris Johnson’s tantrums than over the possibility of a new nuclear arms race. In fact, the demise of the INF Treaty for intermediate-range nuclear weapons signed in December 1987, should serve, above all, as a reminder of what nuclear weapons “are not.” First of all, nuclear weapons have the curious ability of being useless in military terms. Of all the weapons created by humanity (and there are quite a lot of them), these are the first where excluding their use was proposed.

Experts regard the tragic experiences in Hiroshima and Nagasaki − on August 1945 − both as a full-scale experiment and as the ending of World War II. The Cold War marked the real start of the nuclear race from a bilateral perspective (United States/Soviet Union), a race that escalated due to its cost and its potential for destruction. From the 1970s, the two superpowers concurrently opted for a very rational series of treaties to keep those weapons under control. Moreover, most Cold War experts regard the SALT I (1972), SALT II (1979), and INF (1987) treaties as clear evidence that both nuclear superpowers were rational enough to manage their most destructive resources while simultaneously clashing in various parts of the world through subversive maneuvers, proxy wars, and much more.

But the Cold War ended and a big question emerged: In a world doomed to face a different kind of conflict, what was the purpose of nuclear weapons? And, for that matter, what would be the purpose of the major military alliances, NATO and the Warsaw Pact? This last one died suddenly the day the Soviet Union shut down and threw away the key. NATO, in turn, went on looking for its identity and its destiny, but after Bosnia and Kosovo in the 2000s, it was mostly walking on eggshells, and has recently refused to get involved in a mission suggested by Trump in the Strait of Hormuz.

The 1987 INF Treaty was quite timely, mostly because it intended not only to reduce a certain class of nuclear weapons, those with a range of 500 to 1,500 km, but because it intended to ban them altogether, and this was done accordingly, with a very precise and effective calendar. Withdrawing from the treaty does not entail nuclear warfare, but it is further proof that Trump is in “Trump mode.” In other words, his foreign policy will continue to be based on unilaterally breaking away from every international obligation, whether it be trade tariffs against China, socializing with Kim Jong Un, breaking the deal with Iran concerning the development of their nuclear program and whatever else that comes to mind. Cornering NATO, undermining the European Union and winning the 2020 election – these are the items on Trump’s agenda.