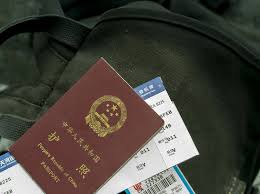 In June, Chinese friendship association leaders and experts from universities and think tanks visited the U.S. to participate in exchange events. Informed sources revealed that they underwent long, unwarranted interrogations and searches by agencies such as the FBI and CIA. Without any reasonable cause, the U.S. questioned these Chinese citizens about their intentions for coming to the U.S.

This malicious conduct is not an isolated incident but an example of blatant, systematic action by the United States. For some time, other related U.S. agencies have prolonged visa processing, denied visas altogether, revoked long-term visas and interrogated and caused trouble for Chinese nationals visiting the U.S. They have even labeled some as spies, all with evil intentions to hinder contact and cultural exchange between normal Chinese and U.S. citizens. Numerous Chinese scholars, business and technology personnel and foreign exchange students have become victims, including those visiting the U.S. on business.

The United States' actions embody the fear that exists in the hearts of American hard-line conservative forces and reflect the erosion of its hegemonic status. Faced with the inevitability of China's growth, the U.S. is trying in vain to seize its last opportunity to restrain China's progress. The U.S. plan is to create a chilling effect to suppress contact between normal Chinese and U.S. citizens and reduce opportunities for mutually beneficial cooperation, thereby delaying and obstructing China's revitalization.

The statements from FBI Director Christopher Wray are a prime example of this. He publicly slandered China, claiming that it called for the whole of Chinese society to acquire information and intellectual property from the U.S. in attempt to steal its dominant economic position. All Chinese students and scholars in the U.S. pose a threat to American society, he believes. His position is weak and was immediately met with severe criticism from the mainstream U.S. media, from figures in all fields and from the international public. However, it gave extremist hard-line forces in the U.S. grounds to oppose China.

In reality, this isn't the first time American society has instigated a "red terror" against China. In the 1950s, countless communists in the U.S. were slandered and persecuted during the era of McCarthyism. That movement was intertwined with the clamor of the "Who lost China?" hysteria; it was a political farce from beginning to end. Now, as the U.S. struggles with ineffective self-governance and poor development, Chinese society's "Four Confidences" are becoming stronger every day, and its national power continues to grow.* Some American politicians are eager to pin America’s problems on China and make opposition and restraint of China into the new "political correctness," reigniting McCarthyism in the U.S. This is utterly absurd and sad.

Americans judge others by their own standards; they are paranoid, and it's serious. Who is so fond of meddling in the internal affairs of other countries? Who is conducting large-scale surveillance, infiltration and information theft in other countries? Nations around the globe know the answer. The U.S. has contributed a considerable amount to the chaos, and even civil wars, of many countries, such as Syria, Libya, Iraq, Afghanistan and Venezuela. Taiwan, Xinjiang, Tibet, Hong Kong, the South China Sea and the issue of human rights — there are countless examples of the U.S. seizing opportunities to interfere in Chinese internal affairs. As the leader of the Five Eyes and the world's number one intelligence power, the U.S. is well aware of how many people in its political, scientific, educational, business, technology and media communities are involved in infiltration and intelligence gathering. We believe relevant Chinese agencies also know how many of them are working in China.

Cultural exchange is an objective need for both the U.S. and China. It's an unstoppable historical trend. The reason that the U.S. and China were once able to break the ice and reestablish relations is due, in large part, to the foresight of the two countries' leaders. Their strong desire to strengthen exchange and cooperation between the two nations was the fundamental force that drove that decision. In the 40 years since China and the U.S. established diplomatic relations, exchange and cooperation between educational institutions, think tanks, businesses, public organizations and scientific research institutions in the two countries have continued to grow. These entities have become the vital link between the two societies, and they must not be suppressed by needless politicization and restriction.

Having active personnel from Chinese friendship associations and academic institutions in the U.S. is wholly justified. China has no interest in going to the U.S. to interfere or infiltrate. We firmly believe that the most effective form of exchange is heart-to-heart dialogue, which demonstrates China's sincerity in adhering to peaceful development, openness and reform. It's reaching cooperative, mutually beneficial goals alongside our allies. This simple and effective method is the secret to the steadily growing strength of China's international influence and cultural impact.

The U.S. is trying in vain to restrain China by restricting cultural exchange and the flow of Chinese nationals, but there is no hope it will succeed. Exchange is the fountainhead of novel ideas and technological advancement. The U.S. and China both have an inflexible need for openness and exchange; in the 21st century, no one can bear the cost of isolation. In the past few decades, China's flourishing scientific, educational and technological programs have contributed enormously to the nation's wealth and strength. The foundations of its autonomous development have grown sturdier; China doesn't need to look to please the U.S. Just as the U.S. cannot get away with using "ultimate pressure" to interfere with Chinese authority, security, economy and technology, Washington is doomed to fail in its attempt to wave a big stick at China with regard to cultural exchange.

Seventy years of development have given China a sufficient amount of self-confidence. China's open door isn't going to close, and Chinese students, scholars, friendship associations and tech figures will continue, as ever, to strengthen friendly communication and cooperation with the world's nations. Whether it decides to open its doors or shut them, we hope the U.S. thinks it over carefully.

The author is an observer of international issues