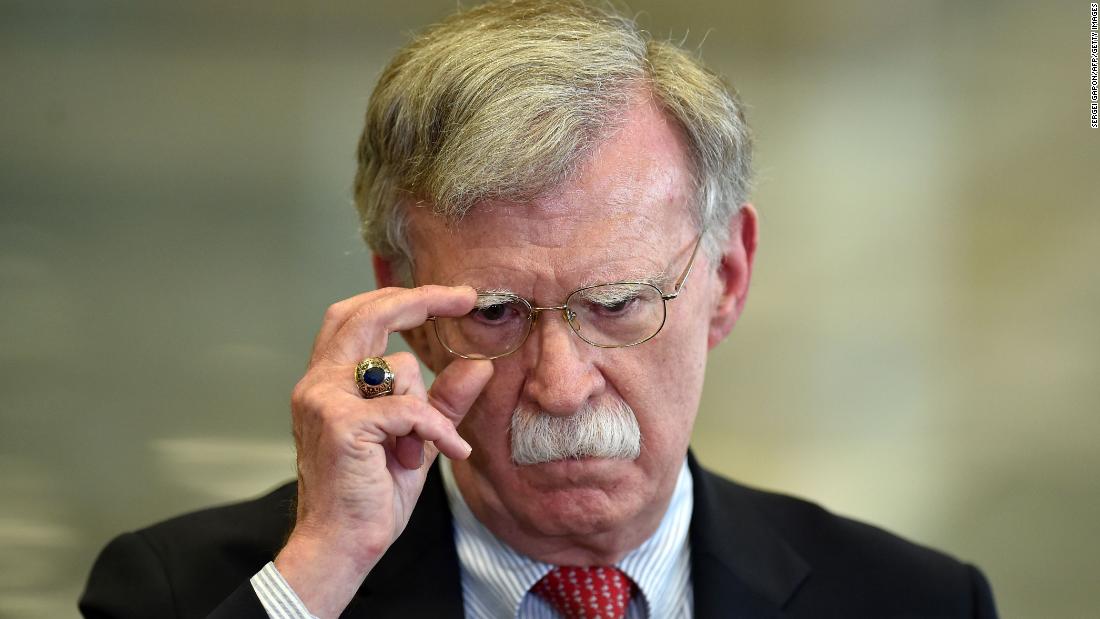 Good riddance! The departure of Donald Trump’s bellicose national security advisor reduces the risk of war with Iran. However, it is not a reason to rejoice. The real problem with American foreign policy is still sitting in the White House.

Without a doubt, the world is breathing easier with John Bolton gone. Whether he stormed out of the White House, as he claims happened, or he was kicked out by Donald Trump, as the latter claims much less credibly given the president's flexible relationship with the truth, the result is the same: the national security of the planet's premier military power is no longer directed by someone obsessed with belligerent solutions. Without exaggerating too much with respect to Bolton's thinking, there was no problem he thought that bombing couldn't solve. And among the problems that America was stumbling over, Iran was the most explosive.

It would, however, be too soon to conclude that American foreign policy will suddenly return to a reasonable state. If foreign policy has been erratic for these past 18 months, it was not due to the warmonger Bolton, but rather mainly to the chaos that reigns under the orange locks of the man in the White House.

From this perspective, there is no hope for improvement. Who, after all, could serve as a safeguard for the president? We can expect nothing from Secretary of State Mike Pompeo (the equivalent of foreign minister) who is first in line on foreign policy now that Bolton has left. He is reputed to be a hawk, even though his position varies according to the whims and tweets from the White House. Pompeo has never opposed Trump, but instead he adapts to the president's shifting moods, giving shape to Trump’s wishes without ever contradicting them.

We can no longer expect to have any hope for whomever Trump picks as his new national security advisor, since Trump has been consistently made bad choices in the people he surrounds himself with. Indeed, Trump only picks admirers, madmen such as Bolton or Steve Bannon, or crooks like Paul Manafort, Michael Flynn and Scott Pruitt. Trump is the worst human resources director one could imagine.

No Reason To Break Out the Champagne

On the most volatile matter of Iran, reason would dictate that it's best to reinstate the multilateral treaty limiting Tehran's nuclear capability, an agreement which Trump condemned back in May 2018, and to stop renaming it or making it gradually tougher. But it's hard to see Trump taking this route, at least with less than 18 months until the 2020 presidential election. In Trump’s eyes, the real thing wrong with the treaty is that it bears the stamp of his despised predecessor, Barack Obama. And even if Trump decides to reopen negotiations with the Iranians, his chances of getting a new deal are slim given his poor negotiating skills.

At least we can find consolation in the fact that with Bolton's departure, we have turned a page from the drums of war. Yet there is no reason to break out the champagne in the halls of governments everywhere. As long as the narcissistic and impulsive Trump is in the White House, any chance for calm and constructive international relations will have to wait.