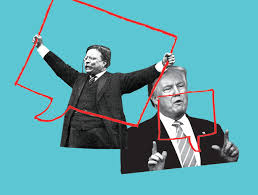 The recent resignation or dismissal of National Security Adviser John Bolton, is indicative of what I have recently said about Donald Trump’s personality. He is a paper tiger, and his politics, even now, are still all bark and no bite, for he is merely a talking machine, or a loose cannon, as his opponent Hillary Clinton described him.

Bolton’s departure is not the first indication that Trump’s politics veer from any clear ideology. Bolton’s exit was preceded by the removal of Trump’s former adviser, Steve Bannon, who was described by the American media as the real president in the White House. He was the one behind all the extreme positions that drew criticism from leading members of the Trump’s own Republican Party. Bolton is the latest disrespected man to have left the administration. Bolton was also known for his extreme opinions and support for American military presence in all parts of the world, and for his opposition to diplomatic solutions. As such, some analysts think that Bolton’s removal will open the path toward discussions with Iran.

I have previously compared Trump’s politics with the well-known political ideologies of President Theodore Roosevelt, who came up with "Big Stick Diplomacy" which called on the country to “speak softly but carry a big stick.” Roosevelt applied this policy to various conflicts. It is an ideology that differs 100% from Trump’s political philosophy. Trump’s “stick” is still sheathed and he has yet to use it. One cannot clearly describe Trump’s politics, because they are a hodgepodge of contradictions, which certain entrepreneurs parse in order to conduct business. This ideology can be summed up as trying to ice over a faulty dessert so it turns out well, but if that fails, we can blame the baker.

In my personal opinion, Trumpism is nothing but a few minor unrelated matters piled on top of each other. They are unsightly and distasteful, and loudly pronounced by someone who will not understand tomorrow what he said today.