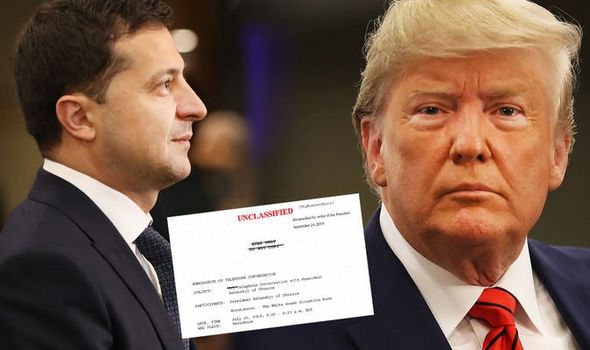 Can the Democrats still launch an impeachment procedure against Donald Trump or not? Our reporter Frédéric Koller investigates.

Some political fiction to start with. It’s 2023 and Donald Trump is preparing for his third term as president. He once again needs the support of the Supreme Court to confirm congressional reform of the electoral system, which decided that there will no longer be presidential term limits. This is just a formality, seeing as the Supreme Court has been heavily indebted to the presidential incumbent for a number of years. The Republican Party, now a cheerleading squad for the 45th president, stood as one to applaud this reform. Meanwhile, on the other side, paralysis prevails. The Socialists can shout all they like, but they are in the minority. The Greens “um” and “uh,” after all, hasn’t the president stayed quiet about the climate question for a while now? As for the Democratic Party, it exists completely on the margins, in veritable ruins.

The People Have Reelected Trump

Since his 2020 reelection, Trump has remade his country. As in 2016, this was decided by tens of millions of votes. This time around, Beijing has helped by leaking the slightly shady business affairs of the Democratic candidate’s mother in China, returning the favor after the “historically unprecedented” agreement between Trump and Xi Jinping to reestablish trade. Beijing is perfectly justified in being pleased with this, especially considering the unwritten clause about its area of influence; China has Asia while the U.S. has the Americas and Europe. We’ll see about Africa another day. Europe, the European Union having fallen apart with the shockwaves stirred up by Washington over Brexit, is now mute.

The Democrats did try to contest this election afterward, but it was too late. The people had elected, then reelected, Trump. For the most part they agree with his methods. And for the good of America, he needed to be able to move toward an unlimited mandate. After the reelection, the Democratic Party tore itself apart. Why wasn’t Trump stopped before these new tricks? After all, in the Russian affair, hadn’t Special Counsel Robert Mueller confirmed that interference from Moscow helped Trump during the 2016 election, that there was contact between Russian agents and those close to Trump, and that the president had attempted to obstruct justice on 11 occasions?

At the time, the Democrats judged it too risky to impeach, believing it would be electorally counterproductive. Then in 2019, there was the Ukrainian affair. This time, Trump pressured the president of a foreign power to discredit Joe Biden and covered up the attempt to influence the election. “Impeach!” shouted the Democratic Party’s left. But party leaders shut that down, saying it would be too complicated, American voters wouldn’t understand, it was playing Trump’s game. And the Republican-held Senate obstructed impeachment anyway because it needed to be done the right way, at the ballot box. But according to whose rules? From then on, the presidential campaign became unreadable. Trump could triumph. He did triumph. And the Democratic Party fell to pieces. End of story.

This weekend, the court stopped Boris Johnson in his idiotic tracks with his plan to bring about his Brexit between now and Oct. 31, even if it meant bypassing the country’s institutional order. Johnson’s proroguement of Parliament was held to be illegal. In the hours following the British Supreme Court’s verdict, on the other side of the Atlantic, House Speaker Nancy Pelosi announced an impeachment inquiry into the president of the United States, who is seeking reelection. One after the other, two of the oldest Anglo-Saxon democracies were rescued by totally extraordinary actions that demonstrate the breadth of the crisis eating away at them.

Thanks to parliamentary intervention, the British Supreme Court did its job. Pelosi, after months of tactical calculations, took the only decision possible - impeach. Not acting, in either case, would have signified a democratic step backward. And that could have been fatal.