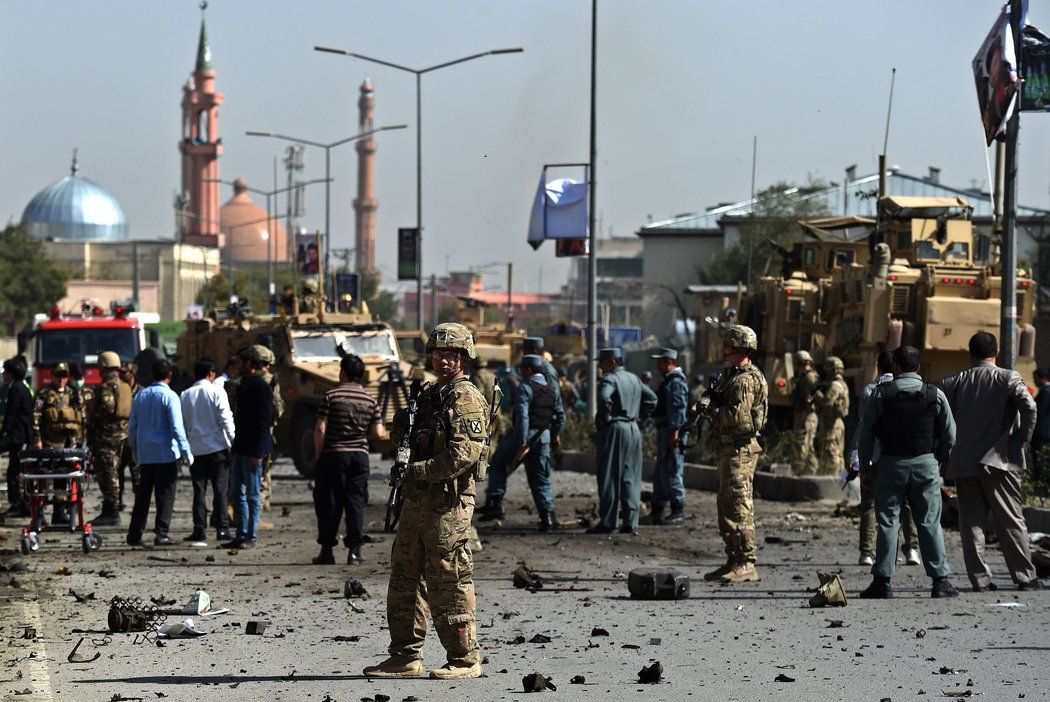 It will soon be 18 years since, on the still-hot coals of Sept. 11, 2001, the United States intervened in Afghanistan, quickly followed by a series of allies, armies with weapons in fists and hands on hearts. Apart from the immediate goals of punishing the perpetrators of the historic terrorist attack and overthrowing the Taliban regime (which was quickly done, at least in Kabul), they were also pompously invested with a “mission:" exporting democracy, rebuilding a destroyed economy, promoting women’s rights (which the Islamists flouted) and “pacifying” a hostile region.

In contrast to what followed a year and a half later in Iraq, which was founded on a big lie − Saddam Hussein’s supposed weapons of mass destruction − the intervention in Afghanistan was not controversial at first. It was welcomed as a liberation by many Afghan men and women. There was a hope, lyrical and exaggerated by propaganda, that this intervention was just and moral, that it would change things internally and internationally.

The first free presidential and legislative elections of 2004 and 2005 produced vivid images of imposing crowds waiting in line, with the wild hope that voting would change their lives. A challenge to the Taliban guerrillas who, then as now, threatened to kill anyone who voted.

Nearly two decades and tens of thousands of deaths later, the failure is patent. A few days before the scheduled presidential election on Sept. 28, the Taliban occupy an important part of the territory. They have been joined in the last two or three years by the Islamic State, producing a bloody competition.

No one talks about Afghanistan anymore, despite an anniversary, elections and more violent deaths than ever before.

After a decline in the mid-2010s, the death toll has risen again. The relevant agencies speak of more than 10,000 civilians wounded or killed in 2018 alone. The guerrillas kill innocent people, but the Afghan army and its American supporters do as well.

Last week, in a bloody routine, two attacks claimed by the Taliban killed some 50 people in the Kabul region. One of the attacks occurred during a public assembly where President Ashraf Ghani was campaigning.

The Sept. 18 attacks are just the latest in a long series. According to a BBC tally, in August alone, some 2,300 people were killed, including more than 500 civilians. Civilians who, each day, face deadly bullets and bombs.

On the eve of this announced joke election, the post-2001 hope has completely subsided. Not just because of Taliban intimidation, which works, but also because of previous election shenanigans and the impotence of the elected leaders.

The two main candidates on Sept. 28 are the same two as in 2014: Ghani, the outgoing president, and Abdullah Abdullah, the chief executive. In the summer and fall of 2014, the vote count was stalled for months, and in the end − you can’t make this up! − the official result was “decreed” following an arrangement between Ghani and Abdullah, under American pressure!

Since the spring of 2018, Ghani has seen the Americans directly negotiate for months with a reinvigorated Taliban − over his head and in a humiliating way − until Donald Trump, after inviting the guerrilla leaders to Camp David, suddenly canceled everything on a whim, putting an end to this bad theater.

The Americans keep a residual but significant force of 15,000 soldiers in Afghanistan. From 2001-2019, this is the longest war in the history of the United States. NATO, France, Germany, Canada and many others have come and gone, never daring to say “mission accomplished.”

Pacification in Afghanistan, democracy, economic progress − none has occurred. Women’s rights have slowly progressed in some large cities like Kabul, but even there, the advances are a drop in the bucket; they are rare and fragile exceptions.

Afghanistan: a historic failure of imperialism, multilateralism and the fight against radical Islam.