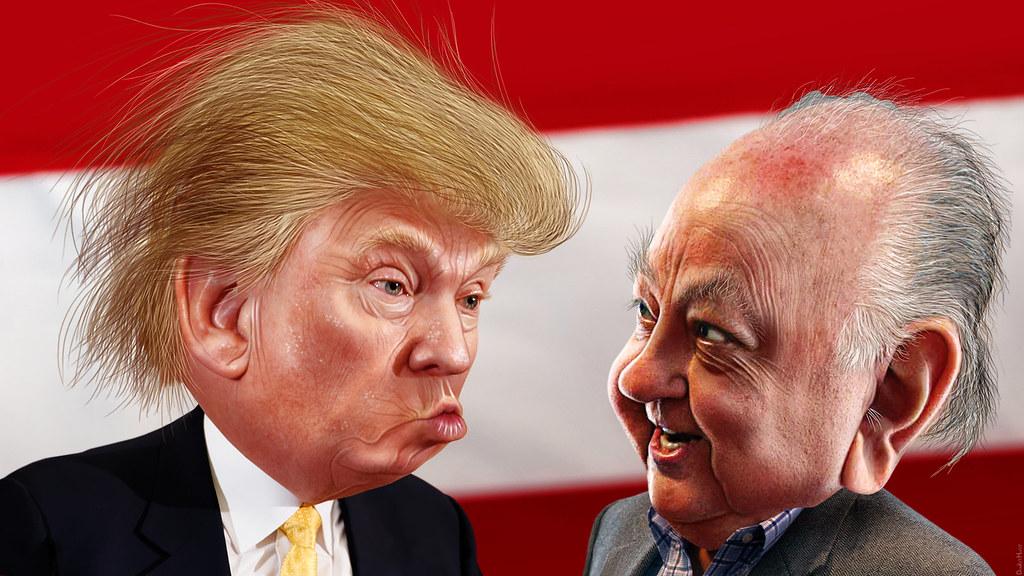 Donald Trump became a media star in 1976 at just 30 years old. This was largely thanks to Rupert Murdoch, the Australian billionaire who had just bought The New York Post. Both had an acquaintance in common, Roy Cohn, Sen. Joseph McCarthy’s famous lawyer. Cohn convinced Murdoch to open the pages of his newspaper to Trump so that he could publicize his exploits.

If in private, Rupert Murdoch despises Donald Trump, someone he considered "a real estate huckster and a shady casino operator,” the two men nevertheless share a resentment of the elite. Completely devoid of political ideology, both are motivated by one thing: their personal interest.

Murdoch created Fox News in 1996 as a conservative channel able to compete with CNN and MSNBC, which were considered too liberal. He named Roger Ailes head of his news network. Having worked in the 1970s and 1980s as a media consultant in political smear campaigns, Ailes had a perfect command of all attack strategies. He established the Fox News business model as a network fueling America's worst instincts. The formula developed by Ailes became such a success that Fox News surpassed CNN in 2002 to become the highest-rated 24-hour cable news channel in the U.S.

Already a reality show star on “The Apprentice,” Ailes invited Trump to make weekly appearances on “Fox & Friends” in 2011. As part of the show, Trump exploited his racist view of President Barack Obama nationally. A follower of conspiracy theories, Trump argued that Obama was not born in the U.S. This broadcast allowed him to refine his campaign strategy.

The Fox News marriage to Trumpism took a while to materialize. At first, Murdoch made fun of Trump's "insanity," but later, as Trump made his political ambitions clear, Murdoch toned down his criticism. In the first Republican debates in 2015, Murdoch asked his associates to hit Trump hard. However, Trump generated strong ratings.

That's when Fox News made a commercial decision to give the TV star an opportunity to stand out. In the process of turning Fox News from a conservative network into a propaganda machine, it essentially became Trump's spokesperson. In doing so, Fox News has become a kind of state television.

Fox News played a major part in solidifying Trump’s grip over the Republican Party. The network had a multiplier effect, and reinforced the support that Trump got from the Republican base. The influence of Fox News largely explains the unwavering loyalty of the Republican Party to its president. Fox News is consolidating its support for Trump despite the fact that he is beset by scandals and investigations. The network acts as both his shield and his sword.

In its unconditional support for Trump, Fox News does not hesitate to repeat the words of the president, no matter how false or contradictory. Also, as Trump constantly listens to his favorite network, he thinks Fox News commentators are his friends. But Murdoch is, above all, a businessman, and it is important to have the president as a friend. In return, Trump cannot afford to lose the support of Fox News, which is essential to maintaining his political base.

To do this, Fox manipulates facts, and spreads misinformation and all sorts of conspiracy theories. Fox News has turned American journalism into a sort of riddle in which ordinary viewers have difficulty deciphering truth from lies. In fact, Fox News reiterates Trump's comments about traditional media and CNN as "the enemies of the American people." In this campaign of manipulation and misinformation, it is difficult to establish who drives whom.

The use of Fox News, the largest conservative television news network in the U.S., by a president promoting extremist policies has far-reaching political consequences. This situation distorts the Republican Party and changes the nature of the American conservative movement. Even worse, Fox News does not inform the public. It does not cover the news; it makes it.

Playing the role of cheerleader, Fox News regularly confirms stories invented from scratch. In doing so, the network covers Trump with a protective bubble of propaganda. Nonetheless, the president routinely complains that Fox News, unlike Fox's opinion programs, does not show enough pro-Trump sympathy.

Fox News' way of manufacturing and processing information is turning the press into the fourth branch of the U.S. government. In the U.S., Fox News has engaged in persuasive campaigning, instead of sticking to its informational role. In doing so, it not only fails to fulfill its role as a counterpower, but it also undermines American democracy.

Gilles Vandal is professor emeritus at the School of Applied Politics at the Université de Sherbrooke.