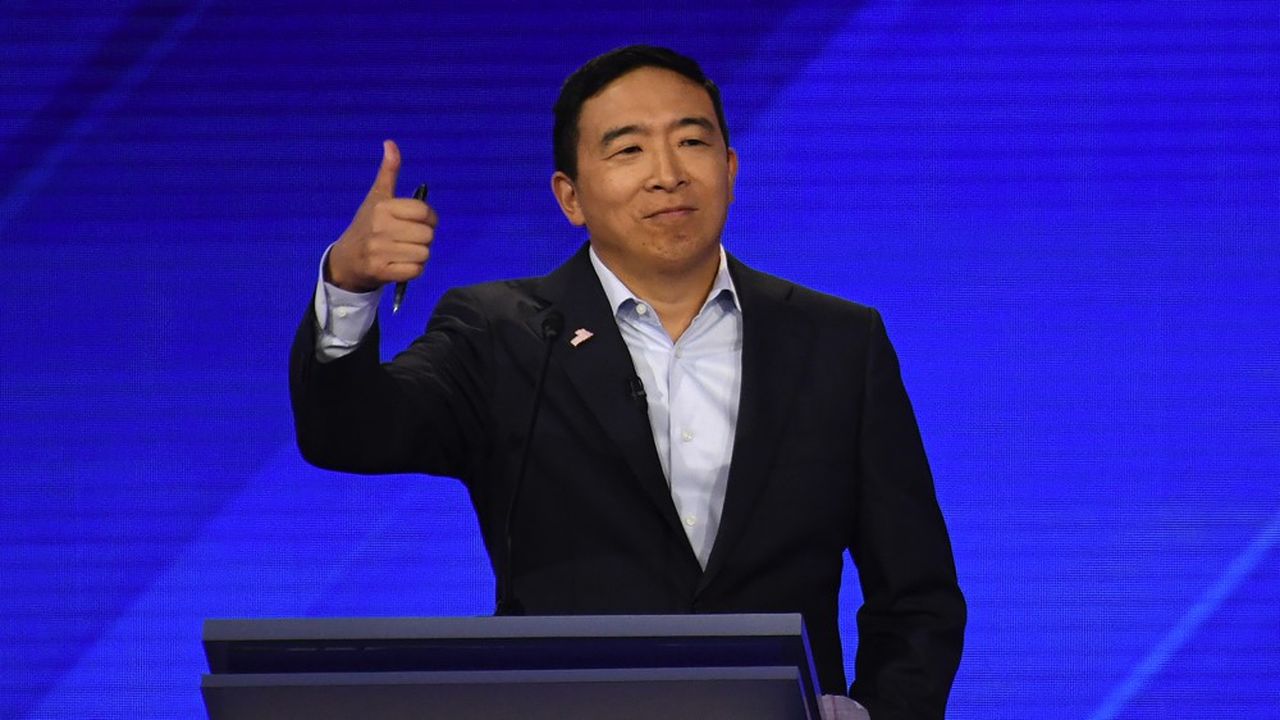 Of all the candidates in the U.S. Democratic presidential race, Andrew Yang is one of the only people taking the current technological revolution seriously. He also wants to give every internet user property rights to their personal data that users can sell or destroy as they see fit.

Of all the candidates in the American Democratic presidential race, Yang’s got my vote. Despite being unknown to the general public a few months ago and never having been elected to public office, this baby-faced entrepreneur has managed to qualify for the fourth debate out of roughly 20 candidates. He’s advocating for ideas that might once have seemed like futuristic fads, but which are now reshaping our 21st century world.

Yang is one of the very few political figures who is seriously considering the implications of the current technological revolution. Just like industrialization did 200 years ago, digitalization is now forcing us to rethink our entire economic and social paradigm. In his book "The War on Normal People," Yang takes a look inside Silicon Valley and offers up a critique of technology, highlighting how it transforms jobs and creates new addictions. He views Donald Trump's election as a backlash against automation rather than against immigration. In 2011, the American technophile founded Venture for America, a charity dedicated to making tech careers more accessible. Yang isn’t anti-machine, but instead advocates for citizens to regain control over machines. To achieve this, he proposes that the U.S. put strong public policies in place so the country doesn’t have to rely on the goodwill of entrepreneurs. Just as we can’t blame people for playing by the rules of the game, we also can’t expect people with vested interests to plan their own demise. Kiss corporate social responsibility and ethics committees goodbye and long live common law!

Some of Yang’s intelligent, progressive measures include using nuclear power to support the energy transition away from fossil fuels, and legalizing cannabis to end mass incarceration. However, he has two policies that have the potential to radically overhaul our social contract.

The first one is universal basic income, which Yang sets at $1,000 a month for every adult citizen, paid without any conditions. Hillary Clinton also considered it during her 2016 campaign, as she discussed in her book, "What Happened." Yang is basing his policy on the successful UBI experiences in Namibia, Kenya and Alaska, invoking the classic liberal argument that universal income eradicates extreme poverty, reduces bureaucracy, fosters entrepreneurship and allows everyone to make freer choices. As the model of wage-labor for life comes to an end, UBI offers a social policy alternative that respects individuals, giving them the means to make meaningful change in their own lives. Tax funding at the federal level would empower the citizen receiving a UBI payment; everyone receives and everyone contributes. AT the very least, this would require a Constitutional amendment.

The second revolutionary measure that Yang announced last week is assigning private property rights to personal data, i.e., treating that data as property. We would have the power to choose how our data is collected (usus), remove it from circulation or even destroy it (abusus) or monetize it (fructus). Rather than breaking up Facebook as Elizabeth Warren advocates, a 20th century solution for a 21st century problem, Yang intends to deprive Facebook of the essence of its monopoly: exclusive control of our data. If everyone can freely transfer all individual profiles, friends and posts to another platform, competition may develop naturally. By becoming the owners of our own data, we can regain control of our preferences again and rediscover the part of ourselves that today is broadcast over thousands of servers.

A New Form of Capitalism

While French political debate is tired and repetitive, marked by occasional fights over bioethics and pensions, Yang is proof that the United States can learn from its mistakes and look toward the future. What he calls "a new form of capitalism" is also an attempt to revitalize the liberal project, which I’m heartened to find includes many of the proposals developed by Generation Libre. I suddenly don’t feel so lonely after all.