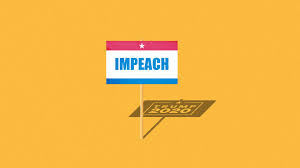 Impeachment could affect other issues on the public agenda. Rough times are coming, with ads and messages that will heat things up and which could cause real damage.

The news surprised everybody. In the middle of the United Nations General Assembly, we learned that the Democrats, led by Nancy Pelosi, had launched a formal impeachment inquiry into President Donald Trump. This kind of political maneuvering was more common in the past when foreign governments were involved. On this occasion, however, the evidence was persuasive. And from the Democrats’ point of view, it showed that Trump might be using U.S. foreign policy to benefit himself, and that warranted his removal from office. In response, Trump said he had done nothing illegal.

Once the formal impeachment inquiry is approved, the House of Representatives votes on articles of impeachment based on available evidence, which seems to be very solid. Indeed, the transcript of the telephone call and an expert analysis of the conversation by a whistleblower, thought to be a CIA agent, strongly indicates that Trump pressured the Ukrainian president to investigate the son of Democratic presidential hopeful, Joe Biden. Biden’s son sits on the board of directors of a Ukrainian company. Given the Democratic majority in the House, it is very likely articles of impeachment will be approved.

Things will be different in the Senate. The majority of the senators are Republicans, and although there has been speculation that 20 might vote against Trump, the most probable outcome is that the Senate will not reach the two-thirds majority required to remove the president. The Republican Party continues to support its president, and under these conditions, it is quite possible that nothing will happen to Trump, just as in the past, when two presidents were impeached, but not removed from office.

Many analysts fear that in the process of a Senate trial, political tension will increase. Everyone in the United States is looking forward to the results of the impeachment process, but Americans are divided about removal from office, according to the polls. A political trial will only increase polarization and anything could happen. Trump may even benefit from the impeachment process and, escaping conviction in the Senate, win the ultimate proof of his innocence, which could guarantee him popular support for his reelection.

In this highly politicized atmosphere, the parties run the risk of losing out. Trump’s supporters will be influenced by the news about impeachment proceedings, which has been characteristically unpredictable given the intense media coverage.

Trump will undoubtedly want to stir his base to rekindle support, and temperatures will rise. The Democrats face the risk of losing out in this process, and they could miscalculate politically. Impeachment has definitely become an issue for the Democratic primaries and general election campaigns.

Impeachment could affect other issues on the public agenda, focusing attention on the proceedings themselves and thus consuming the oxygen Washington needs to address domestic needs. Or impeachment could interfere with ongoing negotiations, such as the trade talks with China, for example, where seeking popular support through bullying could do great damage. Rough times are coming, with ads and messages that will heat things up and which could cause real damage.