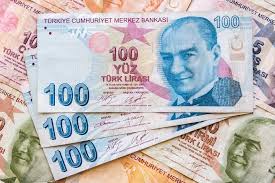 With Russia’s understanding and America’s blessing, Turkish forces began a military incursion into northeastern Syria in an assault on the Kurdish Democratic Party forces (People’s Protection Units or YPG). The United States promised to train and equip the YPG’s nearly 30,000 fighters so they could confront the terrorist Islamic State gangs and protect their efforts. Yet Turkey’s Recep Tayyip Erdogan rejected this agreement because he found it to be a grave threat to Turkish national security. Months ago, he rebelled against the American ally by attacking Afrin, which is run and controlled by the Kurds.

Today, Turkey has established complete control over the region Tel Abyad without America lifting a finger. Instead, America is swallowing Turkey’s incursions, and appears to be withdrawing its forces, angering not just the Kurdish leadership, but the U.S. Republican Party itself!

This isn’t the first time that the Americans have abandoned their allies. It has happened again and again. This is why former Egyptian President Hosni Mubarak said, idiomatically, that anyone who covers himself with an American quilt sleeps naked. That is truly an accurate statement! Trump does not heed Kurdish cries or fear Republicans who accuse him of betrayal. He decided to give Erdogan the green light during a phone call, and it appears that Trump has some regrets about his unilateral decision following an outcry from Democrats and Republicans alike. Therefore, he has begun to threaten the Turkish economy.

The Turkish economy is a fast growing up-and-comer, and some of the largest refineries in the world are moving to Turkey. This worries the West, in general, and the Americans specifically. The issue is that Turkey is flaunting its strength and working to make the Europeans envious after Europe refused to admit Turkey into the European Union. Political pressure on Turkey’s political orientation, particularly on the issue of consolidating relationships with the devout Muslim population, has changed and taken the form of economic pressure and threats.

The story of the political disagreement between Turkey and its Western allies goes back to the fallout from the failed military coup of July 2016. Each day since then, the Turkish economy has lost a bit of its vitality and much of its ability to grow as a result of Western pressure. Diminishing foreign oil reserves and a decline in the level of foreign investments in Turkey have led to a contraction in the economy. For the last four years, the economy has endured a cycle of financial volatility, sparking a period of political uncertainty. To add insult to injury, the unemployment rate has increased to 15% while inflation has risen to 17%.

The deteriorating relationship between Turkey and the Trump administration with its recent use of economic pressure caused the lira to lose 30% of its value against the dollar last year. The serious U.S.-Turkish disagreements contributed to the acceleration of U.S. economic and political pressure against “Sultan” President Erdogan. Over the last two years, these pressures have led to political setbacks, including Erdogan’s loss of the Istanbul municipality, the development of numerous fractures within his Justice and Development Party, and the loosening of Erdogan’s grip on his party, which allowed some of its leadership to leave and join the opposition and slander his decisions. All of these setbacks were accompanied by the worrisome deterioration in value of the Turkish lira.

The question is, what has happened, and what is the path to understanding it? Is Donald Trump capable of destroying the nearly $3 trillion Turkish economy? This is what we are trying to answer.

First, among the growing number of reasons for the troubled relationship between Turkey and Erdogan and the West, and particularly the relationship with America and Europe, the primary reason is Turkey’s deteriorating relationship with its historic ally, Israel, after its 2010 aggressive move against the “Peace Flotilla,” which brought peace activists to Gaza for the sake of breaking the siege there. Most of the activists were Turkish, and nine were killed.

Second, the July 2016 military coup against Erdogan also enhanced the Turkish-U.S. alliance. America and most of Europe were sympathetic to Erdogan at a time when the West was consistently standing with elected powers against military coups. This incident pushed Turkey toward new international alliances.

Third, American fears that it would lose the historic alliance between Turkey and the West pushed President Trump to approve the Turkish incursion into Tel Abyad in northeastern Syria, and to begin a partial withdrawal of American forces from areas east of the Euphrates. This happened with Russia’s blessing. The Kremlin even announced that it understood these actions were designed to guarantee Turkey’s security. On the other side, some of the Syrian Kurdish leadership appealed to the United Nations Security Council, screaming about American betrayal, and urging the UNSC to assume its responsibility for those living in the region.

Fourth, every American concession has its price. To put it in context, Washington is applying a policy of economic blackmail to security decisions. Its politics are independent of its strategy in the region. Washington has previously imposed economic sanctions on Turkey. Today, Trump tweets, waving a flag about completely destroying the Turkish economy, saying, “...if Turkey does anything that I ... consider to be off limits, I will totally destroy and obliterate the Economy of Turkey,” adding, “(I’ve done before!).” This is the first time that an American president has acknowledged the use of blackmail and economic destruction to achieve political goals.

Fifth, Turkey’s first economic crisis in 2018 was less damaging due to the fact that Erdogan’s ally, the emir of Qatar, Sheikh Tamim al-Thani, stood with him and invested $15 billion in Turkey by using the Central Bank of China to transfer the funds.

Sixth, the new American threats against Turkey are serious and effective because they are supported by Europe. The majority of the $200 billion in Turkish corporate debt is owed to European institutions. The EU is the largest investor in Turkey and accounts for 61% of its foreign direct investment inflow. Accordingly, Erdogan will not be able to slip out of the West’s economic grasp given his ardent desire to stay in the NATO “club” and the Organization for Economic Co-operation and Development. Turkish economists acknowledge that Europe, America, and the International Monetary Foundation are the lifeblood of the Turkish economy and are capable of lifting it out of a crisis.