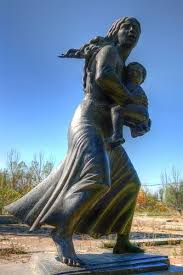 Turkologist Iurii Mavashev explores the way sanctions against Turkey and the recognition of the Armenian genocide will affect relations between the U.S. and Turkey

The U.S. House of Representatives has passed a bill imposing sanctions on Turkey over its military operations against Kurdish forces. The bill seeks to freeze assets of representatives of the Turkish political establishment, including those of the current Minister of Defense Hulusi Akar; prohibit arms transfers to the country; and complicate the work of state-owned HalkBank. Before the bill was approved by the Senate, the Turks had given up their illusions. Remarkably, Washington had another contentious issue up its sleeve: It made the decision to recognize the mass killings of Armenians in 1915 as genocide. From the Turkish point of view, whether or not a country labels the killings as “genocide” has been a litmus test of friendship for many decades.

While working on the sanctions, Congress somehow left out the fact that on Oct. 23, President Donald Trump had lifted other restrictions imposed on Turkey. It looks like the president had decided that a memorandum signed between the U.S. and Russia in Sochi solved all problems concerning Kurdish forces in northern Syria.

By the way, while restrictions were being implemented, the U.S. Office of Foreign Assets Control issued three general licenses allowing transactions between American companies and sanctioned Turkish ministries. It seems obvious that by so doing, the U.S. president signaled he was open to a compromise with Ankara. Congress, however, was not quite there yet.

Turkey’s action against Kurdish military forces in Syria was not the only reason for the U.S. measures. It was also significant that Turkey purchased the S-400 surface-to-air missile system from Russia. It looks as if, for the last few years, Ankara has been trying to prove to the U.S. that Turkey is a sovereign country and is free to purchase weapons from any country it chooses. Furthermore, in the past, Turkey has met the U.S. halfway on many occasions, for example, its statement of interest in purchasing U.S. Patriot missiles on mutually rewarding terms. Trump responded ambiguously, claiming that both countries needed to look into it further.

It is symbolic that the U.S. started discussing sanctions against Turkey on Oct, 29, during the celebration of the 96th anniversary Turkey's becoming a republic in 1923. This is the most important of its national holidays, which are often used by the country’s authorities to announce many of its achievements. It is not coincidental that Turkey is planning to complete its first nuclear energy reactor at the Akkuyu nuclear power plant by 2023, the centennial of the republic. The Akkuyu power plant is a joint project between Turkey and Russia, a typical example of the "build, own, operate" project model.

At the same time, the U.S. does not seem to be making any effort to conceal the essentially political motive for recognizing the Armenian genocide. The most important priority for the U.S., in drawing a parallel between the Kurds and the Armenians, is to punish Turkey, inflicting as much pain as possible for signing the Sochi memorandum with Russia. Such comparisons, however, are not persuasive, given current U.S. efforts to reassess the events of 1915.

Presently, because of debates within the U.S. political establishment over differing interpretations of the mass killings of Armenians, the tragic events of 1915 have become a vehicle for the political purposes of all sorts of unscrupulous politicians. Such an approach is unlikely to resolve disagreements. It seems as though no one cares about what really happened in the Ottoman Empire in 1915.

Turkey has encouraged Armenians to consider the issue from historical and legal perspectives, to open all archives, and to share information. Indeed, politicians often use historical events as a policy tool, and do not care about the context. Even the Ottoman Empire condemned the actions of the “Young Turks,” whose leaders were killed by Armenians. Armenians were deported only from the Eastern Anatolia (Western Armenia) region, a policy directly related to events occurring during World War I.

Back then, the majority of the deported died in the Syrian desert, at Deir ez-Zor*, of hunger and disease. This fact does not diminish the tragedy, but it is important to look at all the circumstances.

Detractors might point out that, in 1995, Russia also recognized the Armenian genocide. They would be only partially correct. Russia, unlike the United States, did not use this issue as a policy tool and as leverage in a conflict between legislative and executive branches. To prove Trump wrong, the legislative branch is cutting off its nose to spite its face.

In this particular case, “cutting off its nose” means losing more than gaining from the current conflict with Ankara. It does not seem like the proponents of the project, Democrat Eliot Engel and Republican Michael McCaul, thought through the consequences.

The Turkish people have good historical memory. Turkey’s Communications Director Fahrettin Altun tweeted that the U.S. sanctions draft “simply threatens and damages the outlook of the future of the bilateral relations.”

Indeed, it is important to consider political and historical perspectives before making a decision. Otherwise, it could prove too late to change anything. Presently, Turkey does not care much about who is responsible for recent political decisions, Congress or the White House. Nevertheless, from the Turkey's perspective. by taking these steps, Washington did not simply chip away at bilateral relations, but severely damaged them.

*Editor’s Note: This is a reference to huge, open-air concentration camps for Armenia refugees which were located near Deir ez-Zor in the Syrian Desert.